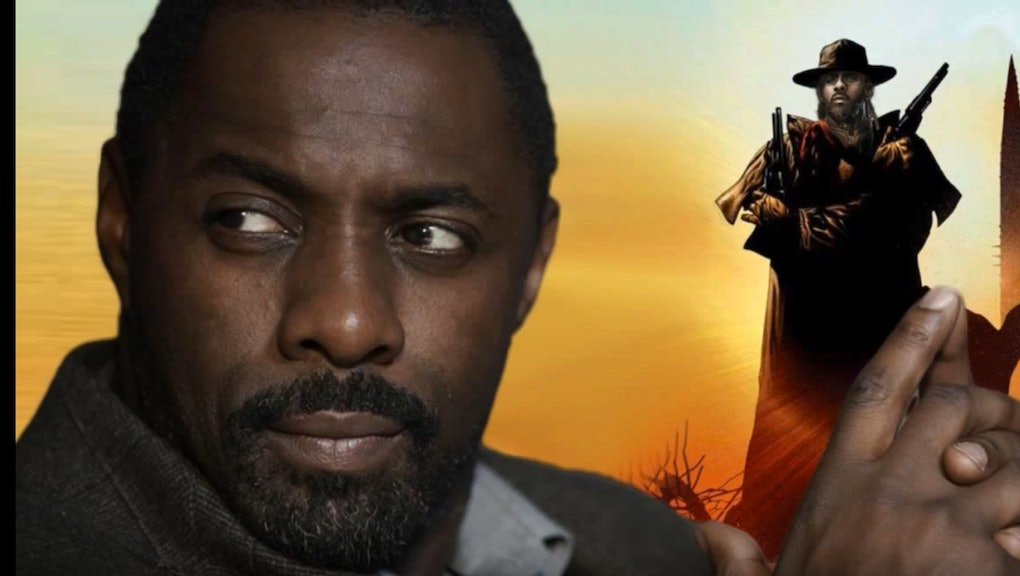 Decades after the release of the first novel of the series, Stephen King's The Dark Tower will officially be receiving a big screen adaptation, with Nikolaj Arcel on deck as the upcoming film's cowriter and director. Speaking in an exclusive interview with Entertainment Weekly, King and Arcel confirmed the initial plans to begin adapting the Dark Tower series, with the two leads of the film also set in place.

Read more: Women and People of Color Did OK at the Oscars — Just Not in the Top Categories

Idris Elba and Matthew McConaughey have been confirmed as the two leads of The Dark Tower, Roland Deschain and the "man in black," respectively. Deschain serves as the series protagonist — a gunslinger on a quest to the titular tower of the novels, with hopes to save his now-decaying Mid-World. Opposite of him, but also hoping to reach the tower is the "man in black" — who goes by several names in the novels — and pursues Deschain with his own aspirations to rule over the kingdom.

Though King had initially envisioned the character of Deschain in a Clint Eastwood-esque form, he believes Elba is the perfect modern-day representation of the role, and hopes his fans of the series will agree.

"For me the character is still the character," King said in an interview with Entertainment Weekly. "It's almost a Sergio Leone character, like 'the man with no name.' He can be white or black, it makes no difference to me. I think it opens all kind of exciting possibilities for the backstory."

McConaughey, meanwhile, plays a character that works in the shadows, and is inherently mysterious. In contrast, he's a character that King had a hard time conceptualizing — particularly with his facial features. However, unlike the Dark Tower novels, the film adaptation will put the man in black into more of the forefront of the action.

"I never really thought of him," King said in the Entertainment Weekly interview. "But [in the movie] he becomes a character who isn't just a mirage that Roland is chasing. The way things are set up, he's right there."

While the rest of the cast is still unconfirmed (Mad Max: Fury Road's Abbey Lee is in talks for a role in the film as well), Sony did reveal that The Dark Tower has a January 13, 2017 release date set and will begin shooting in seven weeks.

Ultimately, King said he hopes the Dark Tower films — and potential corresponding sequels — will follow the same vein as the Harry Potter and the Hunger Games movie adaptations, and will meet critical acclaim and the expectations of the book-reading fanbase.

"What I have to go back to is this: We have Idris Elba and Matthew McConaughey, two great actors," King said in an interview with Entertainment Weekly. "You've got a great production team and Akiva Goldsman as the primary script writer. The team is in place, so we'll hope for the best."