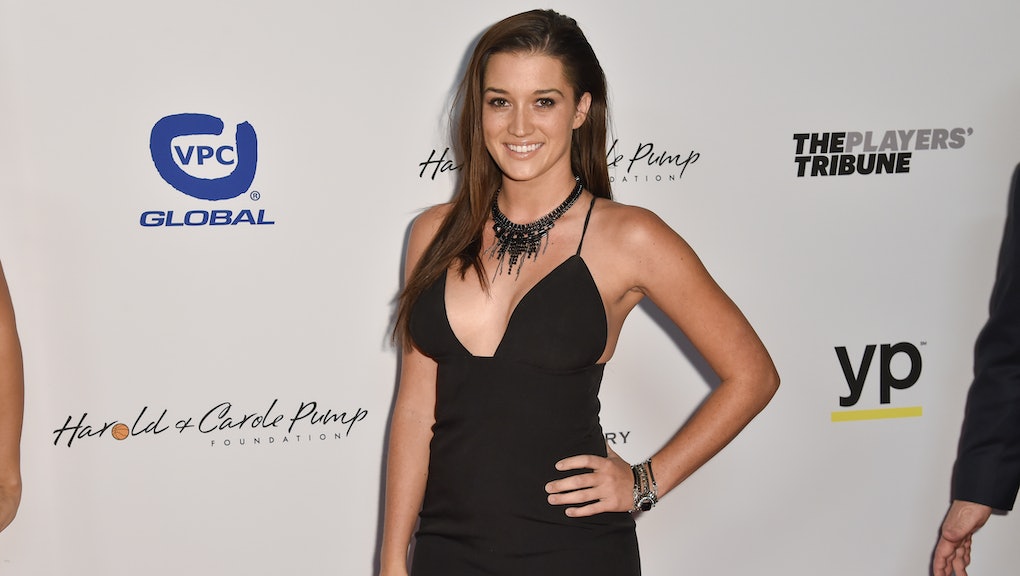 For those who had any doubt about the power of Lady Gaga's performance of her song "Til It Happens to You" during Sunday's Oscars ceremony, look no further than this Instagram post from a former contestant on The Bachelor, Jade Roper.

Because it did happen to her.

In a post late Monday evening, Roper praised Gaga's performance and then began to share her own story.

"To be honest, I'm terrified," Roper wrote. "Yet, this is something I felt was put on my heart to write and to share and after all these years allow myself to be free of something I felt I had to hide."

In a post on her blog Burn Bright, Love, Roper shared the statistic that 1 in 5 women will be sexually assaulted by the time they graduate college and that the number for men is 1 in 20.

"I am a part of that statistic," Roper then shared.

"I've only shared my story with but a few, not even my family knows," she continued. "But when I saw Gaga fill the whole room with emotion as she sang with conviction and urgency, as I saw survivors of sexual assault bravely stand up there showing the world that what happened to them does matter, tears streamed down my face."

Gaga's song was from the movie The Hunting Ground, which examined the sexual assault epidemic on college campuses. But Roper's post shared that her rape experience happened before she even left high school. She said her rapist was someone she already knew, which is in line with statistics that show 82% of sexual assault perpetrators are not strangers.

Roper said her rape happened after her friends left her behind at a party with a group of men that she knew. When she woke up the next morning with blood on her pants, she was confused.

"I never opened up to my parents about what happened. I was afraid of what they would think of me — or worse, that they wouldn't care at all," she wrote. "My family was really good at sweeping issues under the rug."

Roper said she saw Gaga's performance and the lyrics of her song as a call to speak up.

"If one of the causes behind this song was to give girls and women the courage to have a voice, they've succeeded," she wrote. "Sharing my story sheds a little more light in a very dark part inside of me. I am not chained to this experience; it doesn't have to control my life. I am unafraid of the feedback anymore."

"This happened to me and it matters," she added. "I matter. And I am worthy of love. "