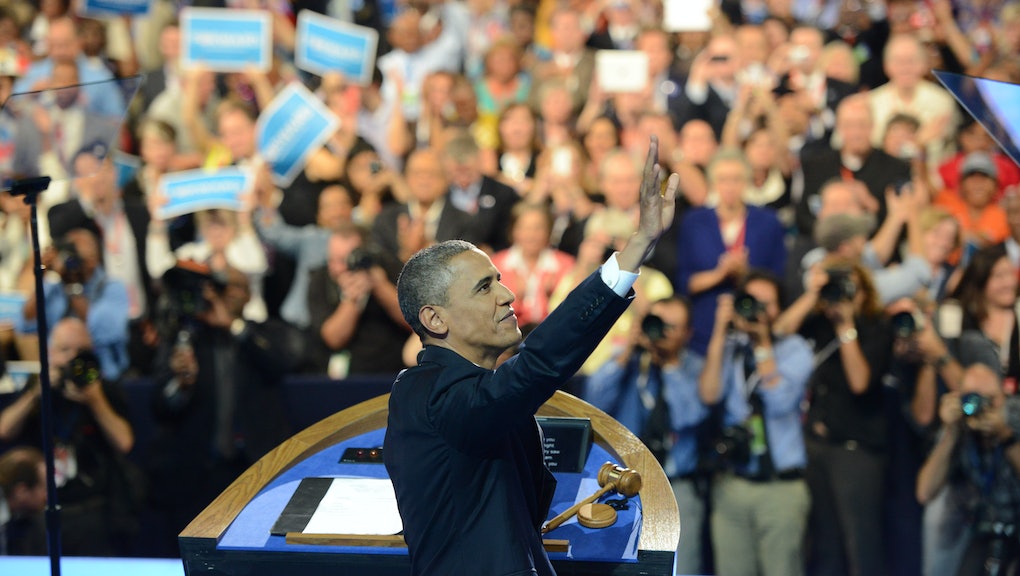 2016 Democratic National Convention: Date, Location and How It Works

Everything — all the Donald Trump trolling and endless debating and the big, media-grabbing endorsements — comes down to this: the national conventions, where both parties will name their presidential nominees. The 2016 Democratic National Convention will take place in Philadelphia from July 25 to 28; last year, the City of Brotherly Love edged out both Brooklyn, New York and Columbus, Ohio for the hosting honor.

"In addition to their commitment to a seamless and safe convention, Philadelphia's deep rooted place in American history provides a perfect setting for this special gathering," Democratic National Committee Chairwoman Debbie Wasserman Schultz said of the decision. "I cannot wait to join Democrats across the country to celebrate our shared values, lay out a Democratic vision for the future, and support our nominee."

So, how does the national convention work? Each state is allocated a certain number of delegates to the convention. During the months leading up to the DNC, primaries and caucuses in individual states award delegates to the candidates — in 2016, Hillary Clinton and Bernie Sanders — on a proportional basis: If a candidate receives 75% of the primary vote in a particular state, he or she will in turn receive 75% of that state's delegates.

The Democratic delegates will assemble at the DNC in July, where a final round of speeches and support-rallying will give way to a delegate vote. Each delegate in each state casts his or her ballot for their candidate of choice; the first candidate to establish the majority of votes wins the nomination. In 2016, a majority is 2,383 votes; the outcome of Super Tuesday could be critical to the convention's outcome.