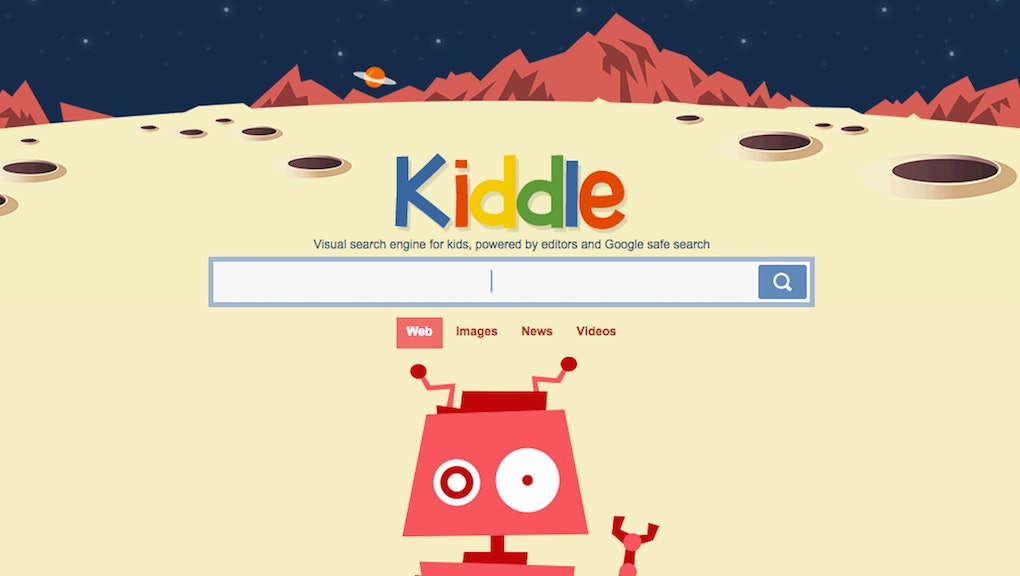 Kiddle, a supposedly kid-friendly visual search engine that uses Google safe search, has been around since 2014. But recently it's been getting more attention — for dubious reasons.

According to the BBC, search results on Kiddle are handpicked and monitored by its editors in order to ensure everything stays G-rated. But while parents might be relieved to have one less thing on their plates, there's cause for worry. Until Tuesday, Kiddle blocked search queries ranging from "menstruation" to "balls" to "bisexual" and "lesbian."

But on Tuesday, in the wake of negative media attention, Kiddle changed its tune.

Until Tuesday, searches for LGBT-related terms resulted in a disclaimer: "Kiddle has nothing against the LGBT community, [but] it's hard to guarantee the safety of all the search results for such queries." The site instructed kids to talk to their parents about "such topics."

In a the Next Web column published yesterday, Amanda Connolly wrote that in blocking these results, Kiddle is forgoing an educational opportunity. "Instead of blocking terms like LGBT and intercourse," wrote Connolly, "Kiddle would be much better to help educate kids in an age-appropriate manner about these things, not adding to the stigma."

And it would appear that the bad press reached Kiddle's creator Vladislav Golunov. On Tuesday, the website began obliging such queries.

"Balls," however, is still deemed problematic:

Golunov also runs FreakingNews.com, and is likely responsible for at least three other similar search engines, according to posts on his Facebook page, which have since been removed or made private. The posts linked Golunov to Stoodent and Dinotot, which also use Google safe search, as well as Fokk, branded as the "dark search engine, and, as of Tuesday, was the only one of the three that provided any results for searches such as "lesbian." Naturally.

Student and Dinotot, however, are still regulating LGBT-related searches terms, which they deem "bad words."

Neither Golunov nor representatives for Kiddle were available for comment.

Before Tuesday, politically savvy children who searched "Donald Trump" on Kiddle would find themselves reading about how "Rare Caterpillar Resembles Donald Trump's Hair."

So, it would seem the kids are all right — until they know what they've been missing.