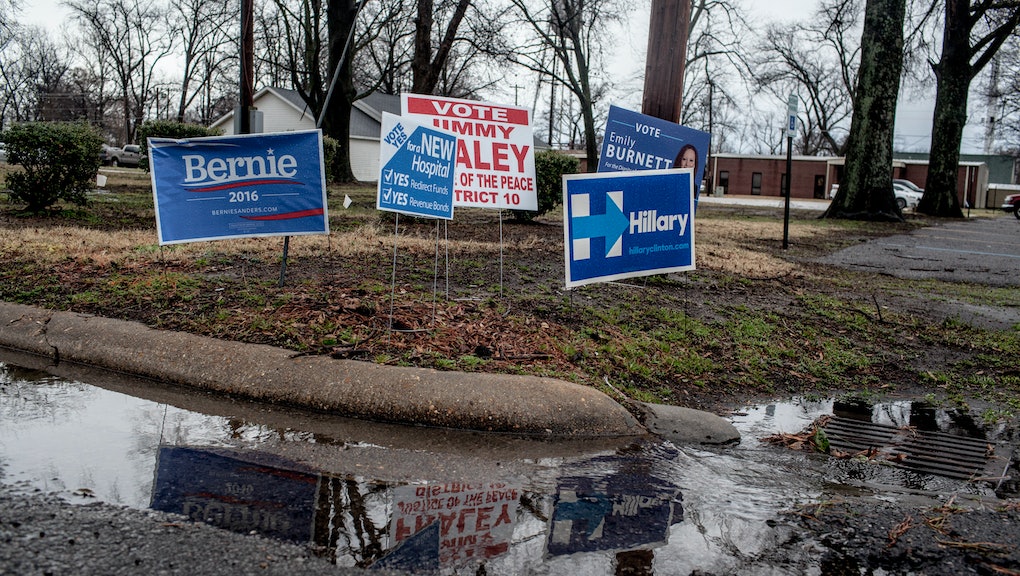 How Much Have Candidates Spent on Their Presidential Campaigns? Here Are the Figures

A presidential campaign can be an expensive venture. President Barack Obama spent $730 million on his 2008 campaign for the White House, which was more than 260 times what Abraham Lincoln spent during his 1860 campaign: $2.8 million adjusted for the 2011 market, according to Mother Jones.

Candidates spend massive amounts of money on their presidential campaigns (not to mention on swag and merchandise), but the funds are often raised in different ways. The current presidential candidates have filed reports of their finances through the month of January to the Federal Election Commission, the New York Times reports.

Read more: Ask the Experts: Where Will the Democratic Race for President Stand After Super Tuesday?

Some candidates, like Democratic presidential candidate Vermont Sen. Bernie Sanders and Republican presidential hopeful Dr. Ben Carson primarily depend on grassroots support for their campaigns. According to figures from the Sanders campaign, the Vermont Senator raised $5 million more in funds than former Secretary of State Hillary Clinton in the month of January.

"The numbers we've seen since Jan. 1 put our campaign on pace to beat Secretary Clinton's goal of $50 million in the first quarter of 2016," Sanders' campaign manager Jeff Weaver said in a statement. "Working Americans chipping in a few dollars each month are not only challenging but beating the greatest fundraising machine ever assembled."

Bernie Sanders has raised $96.3 million in fundraising and grassroots efforts, and has spent $81.6 million, according to the New York Times. Ben Carson has raised $68 million, with only $10.1 million coming from super PACs and other PACs, but has spent $53.7 million. Hillary Clinton has raised the most funds so far, with $188 million raised in funds, but $57.5 million of those funds are from super PACs and other PACs, the New York Times reports. Clinton has spent $97.5 million over the course of her campaign.

Other presidential candidates, like Sen. Marco Rubio (R-Fla.) and Sen. Ted Cruz (R-Texas) have been most dependent on support from large donations, especially those funds from their super PACs. Super PACs, along with campaign committees, have become a powerful way to garner funds during the 2016 election. Rubio and Cruz have raised $84.6 and $104.2, and have spent $32.9 and $41 million respectively, according to the New York Times.

Billionaire businessman and Republican frontrunner Donald Trump is a self-funded candidate, often mentioning the fact that he can't be bought. "By self-funding my campaign, I am not controlled by my donors, special interests or lobbyists," Trump wrote in a Facebook post in September. "I am only working for the people of the U.S.!" The businessman has raised $27.3 million so far, and has spent $23.9 on the campaign trail, the New York Times reports.

OpenSecrets has a full list of campaign committees and outside groups that have helped raise funds for presidential candidates.