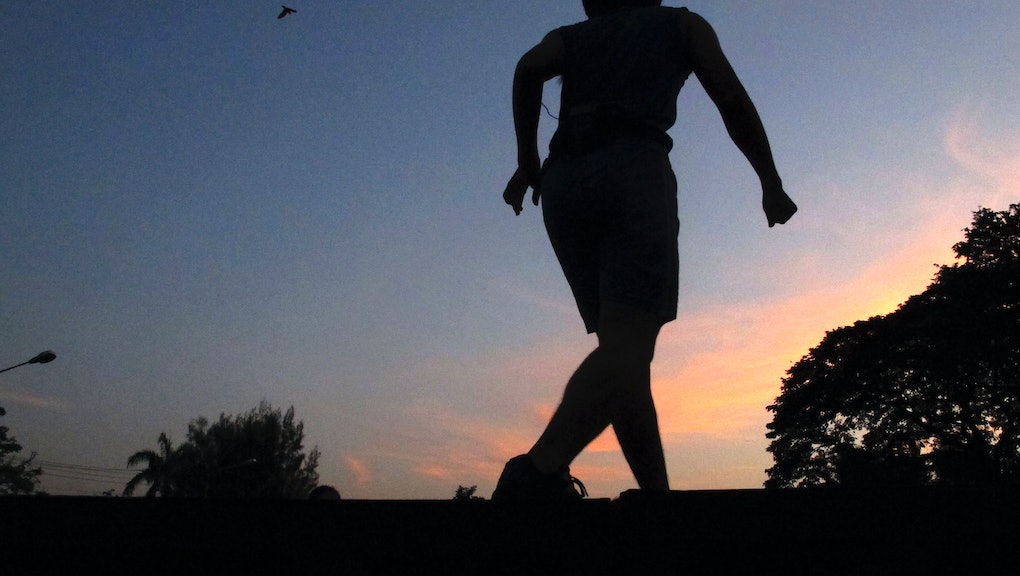 Exercise Can Add Years to Your Life, Prevent Strokes and Alzheimer's

Consistent exercise might promote short-term improvement in physical health, but what about the long term? Research shows that participating in regular exercise can actually add years to your life and help you live longer.

150 minutes of moderate exercise per week may extend your lifespan by a little over three years, while 75 minutes a week might be responsible for adding nearly two years to your life, according to a 2012 PLoS Medicine study. Even 30 minutes of exercise a day could be worth it, in the long run. The study, which observed over 650,000 individuals, found that individuals can gain over four years of life by exercising around 300 minutes per week.

Read more: Here's Why You Should Listen to Music, Not Watch TV, While Exercising

One of those exercises to participate in is running. Running regularly can help reduce the risks of developing heart-related diseases, while promoting bone growth and muscle health, according to the National Cancer Institute. Physical activity can also promote the health of blood vessels throughout the body, reducing the risk of stroke, according to Harvard University's Medical School.

A study published in Stroke, an American Heart Association journal, found that walking can be a "stroke-prevention strategy" for the elderly.

But physical exercise can have psychological benefits as well.

"Exercise or regular physical activity might play a role in both protecting your brain from Alzheimer's disease and other dementias, and also living better with the disease if you have it," Chief science officer for the Alzheimer's Association Maria Carrillo told NBC News. "It's the first time that we can see that exercise can actually enable one to live better with this disease."

The National Center for Chronic Disease Prevention and Health Promotion says that "men and women of all ages benefit from a moderate amount of daily physical activity." However, most Americans, to the tune of 60%, aren't participating in active daily exercise every week.

Get up, go out and add those years to your life!