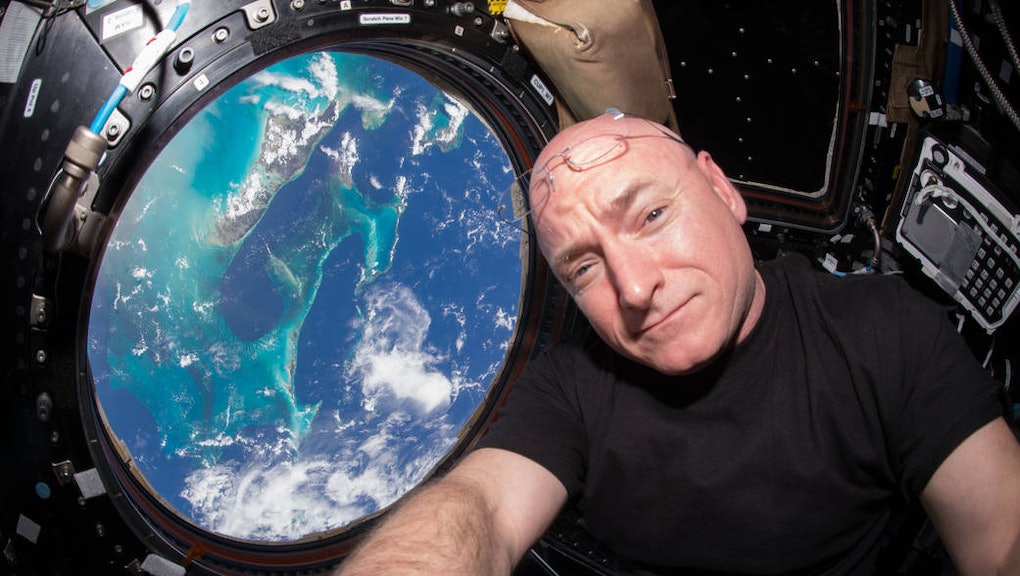 Astronaut Scott Kelly is due to touch down on Earth Tuesday night (in Eastern time) after spending 340 days in space. His journey began last March, when he and Russian cosmonaut Mikhail Kornienko blasted off to the International Space Station for a stay twice as long as the average U.S. mission.

When he returns, Kelly will be part of NASA's "twins study" initiative, in which scientists will compare Kelly to his terrestrial-bound twin brother, examining how the human body is affected by a prolonged stay in space — specifically the effect on eyesight and brain function, among other physiological aspects.

But for those more interested in stargazing than they are astrophysics, Kelly has posted images from his life among the planets over the course of his epic journey.

Here are some of his most stunning shots:

The pastels of the Spanish coast:

The lights of Vietnam:

The Chinese New Year in China:

The first flowers grown in space for — what else? — Valentine's Day:

And, finally, the astronaut's final sunrise from space:

"I look forward to connecting with you all back on spaceship Earth to share my experiences so far," he wrote on his Tumblr page, "as I enter my countdown to when I will begin the riskiest part of this mission: coming home."

As for that part of the mission, you can watch the livestream of his return below: