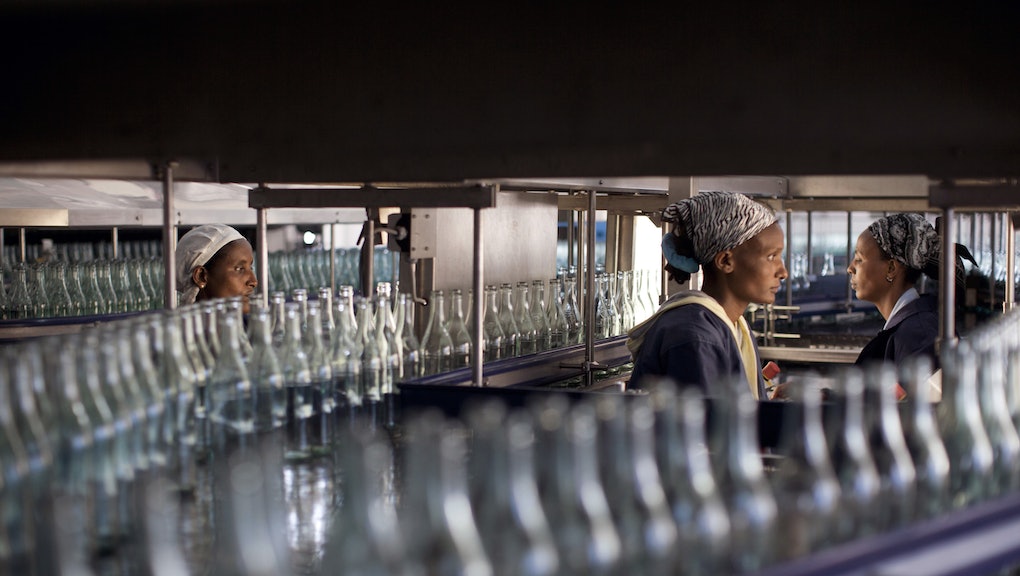 These Are the Countries Where Robot Automation Could Decimate the Economy

The robot revolution isn't going to be a science fiction vision of war between humans and our mechanical creations. It's going to be humans buying these machines, digital and physical, to replace other humans in the workforce. Baristas. Drivers. Tailors. Bankers.

But not everyone will suffer equally.

It's estimated that 47% of jobs in the U.S. are at risk of automation, and some cities will be hit worse than others. Worldwide, that number averages at 57%. And in some nations, according to a report from Oxford Martin School and Citi Research, some nations have it as bad as 85%.

Using data provided to Mic by the Oxford Martin School, we've put together a visualization of the most at-risk countries:

The high-risk standouts are countries like Ethiopia, China and Bangladesh, where the United States has exported domestic manufacturing jobs for cheaper labor to make things like clothing and technology.

Until now, foreign outsources has meant rocketing GDP growth. In China's case, these new jobs have helped China rapidly industrialize and seize the world stage as a contemporary superpower. But all that could change if the workers in these countries start asking to be treated like, well, humans.

What is a worker worth? So far, the developing world has been spared the pains of automation because labor is so cheap there. Robots are expensive, and replacing people with machines is only a profit-driver if those people are expensive, as they are in the United States.

But that could right itself eventually if conditions get better for workers and they begin to demand adequate pay and more stable working conditions.

"Thus, in essence, while the potential labor market disruption associated with the expanding scope of automation is likely to affect the developing world later than advanced economies, it may be potentially more disruptive in countries with little consumer demand and limited social safety nets," the report says.

The idea of those countries losing their new manufacturing empires to robots is compounded by the possibility that they don't have safety nets capable of supporting a sudden wave of unemployment. The Oxford Martin report suggests these countries focus on education to "upskill" workers, the way cities like New York and San Francisco, which have diverse range of industries, have created and recruited new workforces in response to big economic shifts.

Otherwise, the fate of cities like Detroit and Flint could become the harbingers of entire foreign countries.