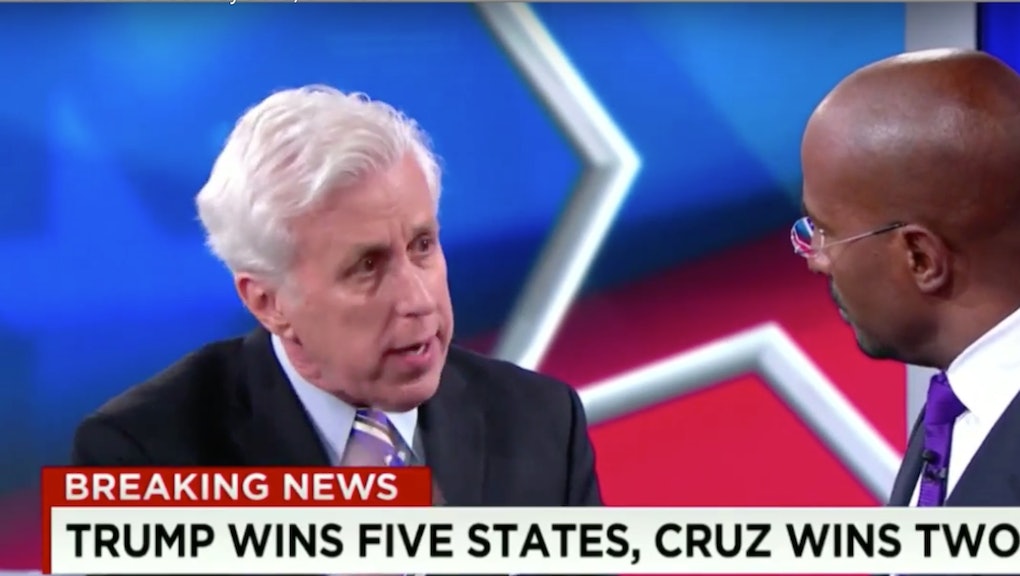 The 2016 presidential race is nothing if not bizarre. While one of the most bizarre stories is the rise of business mogul Donald Trump to frontrunner status among the 2016 Republican presidential candidates, this exchange on CNN during the network's Super Tuesday coverage definitely deserves an entry in the book in the 2016 Bizarre Book.

"[Trump] is whipping up and tapping into and pushing buttons that are very, very frightening to me and frightening to a lot of people," Jones says. "When he is playing funny with the Klan, that is not cool."

"He didn't play funny with the Klan," Lord retorts.

"I know this man when he gets passionate about terrorism, I know how he talks about terrorism. The Klan is a terrorist organization that has killed ..."

What follows is a heavily historical conversation about the history of the KKK between a Republican strategist and a black American.

You have to see it to believe it.