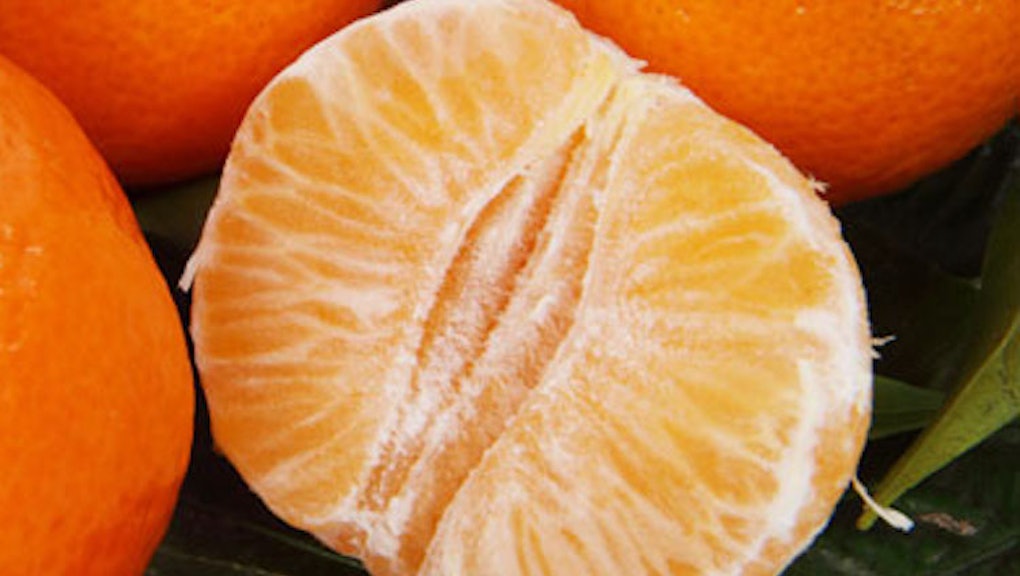 The human body is a many-splendored thing, capable of both the majestic and the somewhat scary. Neither the uterus nor the vagina is exempt from that statement; in fact, both are the basis of some of the most bizarre, surprising and generally neat anatomical facts on the internet.

Take, for example, the parity between these reproductive organs and sharks; the incredible elastic properties of a run-of-the-mill womb; the ability to birth two babies at once through two separate structures. Get a good grip on your socks, or else these four fantastic facts might knock them straight off.

1. Vaginas and sharks have something in common.

This fun fact comes to us courtesy of Oprah (or, more exactly, her website): Squalene, an organic compound that resides in sharks' livers, is also a component of the vagina's natural lubricant. Also found in olive oil, squalene potentially packs beneficial properties that help protect skin, boost the immune system, process cholesterol and, according to Oprah, mitigate the effects of chemotherapy in cancer patients. What wondrous common ground vaginas and sharks share.

2. The uterus can stretch to incredible lengths

A uterus can stretch to be the size of a watermelon by the end of the third trimester of pregnancy, from its average 3 inches by 2 inches by 1 inch. When there are twins in that uterus, it may get even bigger. That means the uterus can carry up to approximately 500 times its non-pregnant capacity, which makes the fact that it shrinks back to its original size within weeks after birth yet more incredible.

3. Penises aren't the only genitals to get boners...

Yep. According to Women's Health, the labia minora and clitoris can stiffen during arousal because they're partially composed of erectile tissue; as happens in the penis, that tissue floods with blood when things heat up. The vaginal tissue swells, stiffens, et voilà  — boner.

Because blood rushes to the genitals when people get aroused, when climax isn't achieved, vaginas can be left with the same uncomfortable feeling so often associated with penises and testicles.

According to Elite Daily writer Alexia LaFata, the vaginal sensation amounts to "throbbing, hot pangs of discomfort" after blood flows into the clitoris, labia (see above) and vaginal walls but isn't released — exactly like when arousal sends all this blood to the penis and then it just sits there, the penis all erect and ready and uncomfortable and hypersensitive. Blue balls: They affect everyone.

5. Some people are born with two functioning uteruses.

Double the fun? Meh. According to the Mayo Clinic, the double uterus is a rare phenomenon, and one that doesn't necessarily get noticed. What happens is, the tubes that join to form the uterus in a developing fetus don't entirely fuse and each becomes its own entity; the two uteruses may share a vagina and cervix, or each may have its own. (Yes, that means two vaginas.)

According to Scientific American, people with double uteruses — which is about one in 2,000 worldwide — can and do get pregnant in both. In the case of a co-uterus pregnancy, both wombs will go into labor simultaneously. Which is a lot to process — but then, so is life.