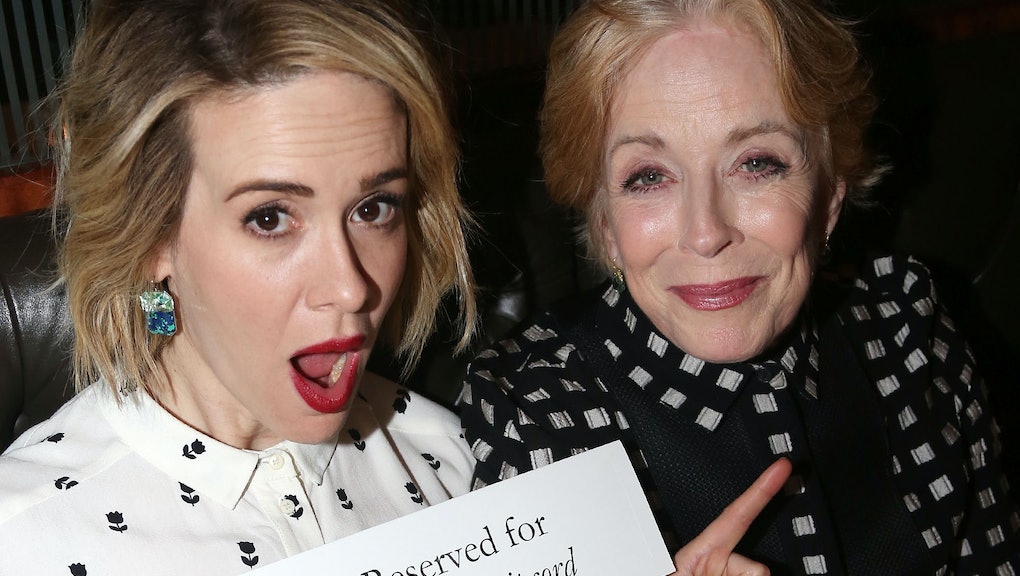 There's a new "it couple" in town.

In part, the allure comes from how unconventional the match is. Not only does it consist of two dazzling ladies — actresses Sarah Paulson, 41, and Holland Taylor, 73 — but a marked age difference.

Oh, yeah — and the internet has fallen in love with them, because duh.

And some are a little more keen than others...

"There's a poignancy to being with someone older," she said in the interview. "I think there's a greater appreciation of time and what you have together and what's important, and it can make the little things seem very small."

"There's a poignancy to being with someone older."

"It puts a kind of sharp light mixed with a sort of diffused light on something," she added. "I can't say it any other way than there's a poignancy to it, and a heightened sense of time and the value of time."

Paulson told the Times she's been comfortable in the company of older people since she was very young.

"I had a complicated home life, and my teachers, predominantly my theater teachers and my English teachers, were very dedicated to taking care of me in a particular way," she said. "And in doing so, I think I developed a very easy rapport with people older than myself."

The public seems to love the refreshing and unusual dynamic between the two, indicating a seismic shift. The media and general public have created double standards in the past, normalizing considerably older men dating much younger women while criticizing older women with younger partners. These women even get their own colloquialism: "cougar."

Articles like "5 Female Celebrities Who Love Robbing the Cradle" suggest a whiff of judgement. But, then, the couple in question may get a pass in the "cougar" department given it includes two women.