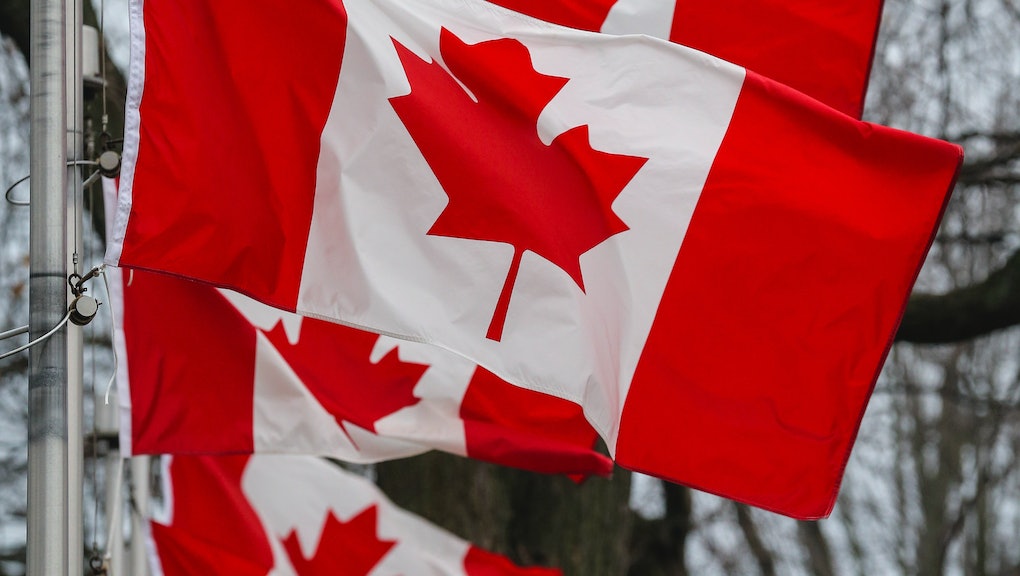 Oh, Canada. The United States' northern neighbor is apparently looking like a better and better living option to many Americans who may be seriously fearing a Donald Trump presidency. Google searches for "how to move to Canada" jumped 350% on Tuesday night as primary results started to roll in (Trump ultimately took seven of the 11 Super Tuesday states, as did Hillary Clinton), ABC News reported.

Super Tuesday results: Republican frontrunner and real estate mogul Donald Trump won seven states on Tuesday, bringing him closer to the Republican nomination. That sent many election followers, presumably fearing a Trump White House takeover, to the internet late Tuesday night, when Google searches about moving to Canada jumped as high as 1,150%, Mashable reported. A state-by-state breakdown revealed that the majority of the queries were coming from Massachusetts (one of the states where Trump reigned supreme among Republican candidates).

Perhaps frightened Americans are planning to flee to the land of Tim Hortons and free healthcare if Trump becomes the leader of the free world, but the Google searches could just have easily been related to former Secretary of State Hillary Clinton's Tuesday night victories — the Democratic frontrunner also won seven states, beating her opponent Sen. Bernie Sanders in Virginia, Tennessee, Alabama, Georgia, Arkansas, Texas and Massachusetts.

Only time will tell if any of the Americans currently threatening to move to Canada will actually follow up on their Google searches and do the deed, but for anyone who's on the fence about it, here are some powerful photos of Canadian Prime Minister Justin Trudeau welcoming Syrian refugees to his great country. Enjoy.