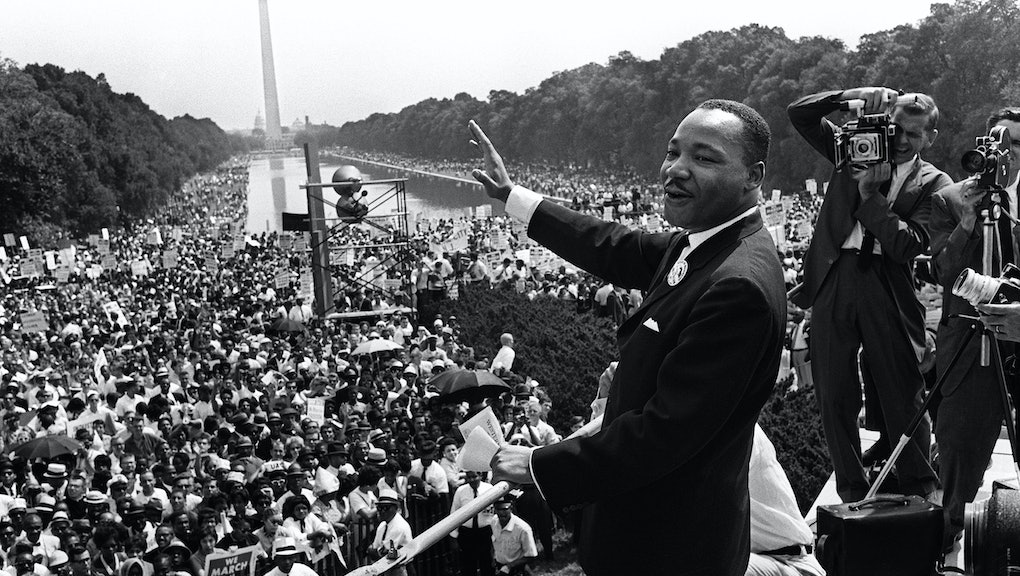 7 MLK Quotes About Love That Define the Civil Rights Movement

The doctrine of love was core to the civil rights movement, and some of the epoch's greatest leaders, orators and advocates used the concept of love over hate as a way to further their crusade for equality. Among those leaders was none other than Dr. Martin Luther King Jr., who, throughout his many years of equal rights advocacy in his writings and in speeches, championed love as a catalyst for change.

"Certainly we can end racism with love," said American writer, feminist and author of All About Love: New Visions Bell Hooks, in a 2000 interview with CNN. "We can demand that the federal government change its emphasis on racial distinction. The greatest movement for social justice our country has ever known is the civil rights movement and it was totally rooted in a love ethic."

Here are 7 examples of some of King's greatest quotes about love that were central to the Civil Rights Movement:

"Man must evolve for all human conflict a method which rejects revenge, aggression and retaliation. The foundation of such a method is love."

4. "I want to tell you this evening that it is not enough for us to talk about love, love is one of the pivotal points of the Christian face, faith," King said in 1955, during his address at Montgomery Improvement Association's first mass meeting at Holt Street Baptist Church.

"There is another side called justice. And justice is really love in calculation. Justice is love correcting that which revolts against love."

6. "I believe that unarmed truth and unconditional love will have the final word in reality," King said during his Nobel Prize acceptance speech in 1964. "This is why right temporarily defeated is stronger than evil triumphant."