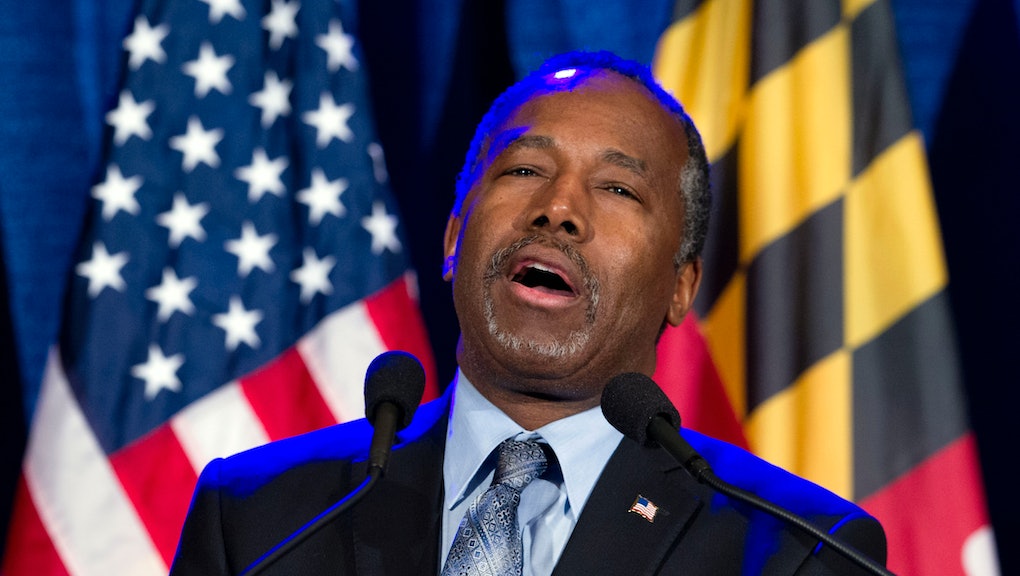 After a series of disappointing performances in the early nominating contests and on Super Tuesday, retired neurosurgeon Ben Carson conceded to supporters on Wednesday that there's not a "path forward" for his Republican presidential bid, news first reported by the Washington Post. Accordingly, the candidate will not attend the GOP presidential debate in Detroit, Michigan on Thursday.

Read more: So Much for that Two-Man Race: Ted Cruz Eclipses Marco Rubio on Super Tuesday

"I do not see a political path forward in light of last evening's Super Tuesday primary results," Carson said in a statement following the Post's report. "However, this grassroots movement on behalf of 'We the People' will continue."

A campaign that fizzled: Carson earned no more than single-digit support in most contests Tuesday night, picking up only three delegates, for a grand total of eight. Frontrunner Donald Trump, meanwhile, has earned 319 delegates, followed by Ted Cruz at 226 and Marco Rubio at 110.

But Carson isn't withdrawing from the race just yet. Instead, as the Post reported, he plans to address the future of his campaign during his Friday speech before the Conservative Political Action Conference in National Harbor, Maryland.

While Carson briefly led the polls in Iowa and eclipsed Trump for the national lead, his campaign faltered amid mounting doubts about his foreign policy acumen and his truthfulness in recounting key details about his biography.

Still, Carson retained a loyal following among some evangelical Christians drawn to his mild-mannered, plain-spoken social conservatism. Though his chances of securing the GOP nod evaporated long ago, he garnered 9% support in the most recent RealClearPolitics national polling average — placing him slightly ahead of Ohio Gov. John Kasich.

Where will Carson's supporters go? While Carson's religious conservative constituency would seem ripe for Cruz's picking, it's not clear that his effective withdrawal from the race will boost the Texas senator.

Trump has shown surprising but persistent strength among evangelical voters, beating Cruz among that bloc in the crucial South Carolina primary and in several Super Tuesday contests. And there's been bad blood between Carson and Cruz ever since Cruz's campaign falsely claimed on the evening of the Iowa caucuses that Carson was set to quit the race and that the neurosurgeon's supporters should caucus for Cruz.

At any rate, Trump's growing delegate lead and his polling strength in the coming contests mean that his remaining rivals will have a hard time dislodging the candidate Carson once threatened to upset.