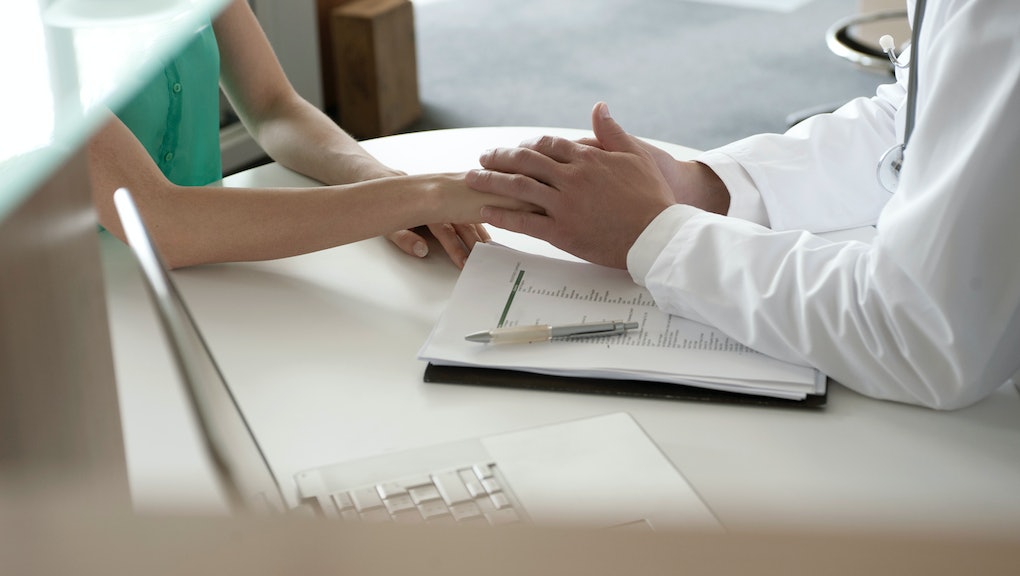 Here's What Actually Happens When You Report Sexual Harassment to HR

Mae* came to my office in a rape crisis center seeking psychotherapy. She had experienced sexual harassment by her boss at the small college where she worked, and she needed help.

"I know sexual harassment isn't as bad as rape," she said, "but I feel so undone by it and I can't figure out why." Mae came to treatment with symptoms of post-traumatic stress disorder (PTSD) — hyper-vigilance, flashbacks and nightmares.

Mae's statement struck me as odd, but not surprising. In my experience as a licensed clinical social worker, I've found that many people consider sexual harassment as separate from sexual violence, simply because it happens in the workplace. Yet the idea that survivors of sexual harassment are unlikely to be traumatized just isn't true.

Oftentimes, survivors of sexual harassment report feeling frustrated and sometimes emotionally scarred by the experience. So why do workplaces rely on a process of reporting sexual harassment that often leaves people feeling traumatized and unsupported?

According to Title VII of the Civil Rights Act of 1964, any workplace with more than 15 employees is subject to regulations that prohibit sexual harassment. The most widely understood definition of sexual harassment includes unwelcome sexual advances, sexual coercion in exchange for professional advancement, or comments or jokes about a person's sexual identity or experience.

Veronica*, 32, told me she experienced sexual harassment by her boss and reported it to her HR office. She left the experience feeling like her allegations were totally dismissed.

"They called me the complainant," Veronica said. "I know that's the formal word that they have to use, but when I told them, 'Hey, my supervisor grabs my boobs whenever we're alone and it scares me,' I thought they'd take it more seriously than just a complaint. They basically called me a complainer."

Michael*, a human resources manager for a large health care company in Philadelphia who spoke to me under the condition that I would withhold his last name and the name of his company, acknowledged that the process is not always supportive or friendly to the complainant. He described the process of reporting sexual harassment within his company, with the caveat that each company will have a slightly different process.

First, the complainant (the term that, as Veronica noted, is officially used in the HR process) files an initial informal report with a representative of the company's Equal Opportunity Office, or in the case of a smaller organization or company, with the office of human resources. The company ombudsperson or HR rep is likely to initially suggest an informal mediation session — a structured conversation between the complainant, the accused and the mediator.

"These sessions are offered as a means to avoid a lengthy paperwork process," Michael said. Although such mediation sessions are not required for proceeding with a formal complaint, they might be strongly encouraged. "If a company can have employees collaborate to work it out informally, it saves a headache for the bosses," he explained.

Right off the bat, there are issues with this process: specifically, the mediation session, which potentially puts someone who's experienced sexual harassment in the same room as their harasser. This suggestion might be better suited for handling a conflict on the playground than a crime of sexual violence against an employee in a workplace.

Even Michael noted that this process sometimes makes him "nervous." Asking the accuser and the accused to work it out, he said, "can't be comfortable for the person who filed the complaint."

Not only is it likely uncomfortable, but it can also be dangerous for an abuser and a survivor to be in the same room and involved in the same process. Veronica described the moment she sat in a room with her harasser during a mediation session: "I couldn't breathe with him looking at me. I knew what he wanted me to say."

The flaws of the process were also clear to Laura*, 29, when she filed a formal sexual harassment report against a male colleague with her office's HR representative. The accused colleague was immediately informed of the report by the representative, even before a case was opened. He then informed Laura that if she didn't revoke her report of the abuse, he would retaliate.

"I couldn't believe it," Laura told me. "I went to HR for help keeping him away, but he actually just got angrier. I wish I hadn't involved them at all."

For some people who've been harassed in the workplace, the process only gets more complex from there. For instance, according to Michael, if the complainant opts to skip the mediation session, the next step is to file a formal complaint, which will be reviewed by the administration and remain in the complainant's HR file. In most workplaces, this is a required step to open an investigation to determine if the sexual harassment complaint holds water.

"It's almost impossible to prove that sexual harassment happened without others verifying its occurrence, so the investigation is mostly interviewing other employees," Michael noted.

Unfortunately, this means that confidentiality cannot be guaranteed and that employees outside the HR office might have access to information about the complaint. To identify to a perpetrator that a survivor has begun to seek punishment or consequence for the sexual harassment often puts a survivor's safety at risk of in jeopardy. In fact, 24-year-old Caroline Nosal was recently murdered by her harasser after she filed a complaint with HR at her workplace.

"There is no uniformity when it comes to how disciplinary measures are determined," Michael said. "Sometimes people are fired immediately and other times someone is given a verbal warning. I haven't seen a company do it uniformly or right in my years in HR."

Even in the case of a positive outcome for a survivor, the personal, social and professional risks inherent in filing a report are great.

"I really put my job and my reputation on the line because he had so much say over what happens to my career," Veronica said. "I was afraid of saying something because I knew he wanted me to stay quiet. No one seemed to care about that part."

"I was afraid of saying something because I knew he wanted me to stay quiet."

Ultimately, Veronica's account of sexual harassment was found warranted and her perpetrator was fired. Yet despite this positive outcome, she continued to feel that the depth of her pain was minimized by her supervisors.

The reality is that sexual harassment is a serious matter. It is a form of violence that can result in serious psychological trauma. Unfortunately, however, many HR training programs don't offer classes on the interpersonal and social dynamics of gender-based violence in the workplace.

Lucy*, 24, a recent graduate of the human resources program at Rutgers University, said that she wasn't required to take any classes on the dynamics of gender-based violence when addressing workplace complaints or conflicts. "I don't even think those courses were offered, let alone required," she said.

Without a nuanced understanding of the professional, personal, and social power that a perpetrator has over a survivor, we must wonder about the ability of a workplace to adequately support complainants of sexual harassment. Yet despite these concerns, the HR process does occasionally work in a survivor's favor.

Max*, 25, said after he was pressured into sexual activity with a superior he was afraid that his HR representative would minimize his experience: "I was really worried that they'd think I was just too dramatic."

Yet his experience with HR was uniformly positive, both at work and outside of the office.

"I actually felt really afraid to go to work," he said. "And [my harasser] knew where I lived and sometimes came over after work, so I was afraid in that regard, too. But my HR rep helped me write a report and got the guy fired and even offered to help me get a restraining order. My best advice is to tell HR exactly what you need. If they can't help, maybe someone else can."