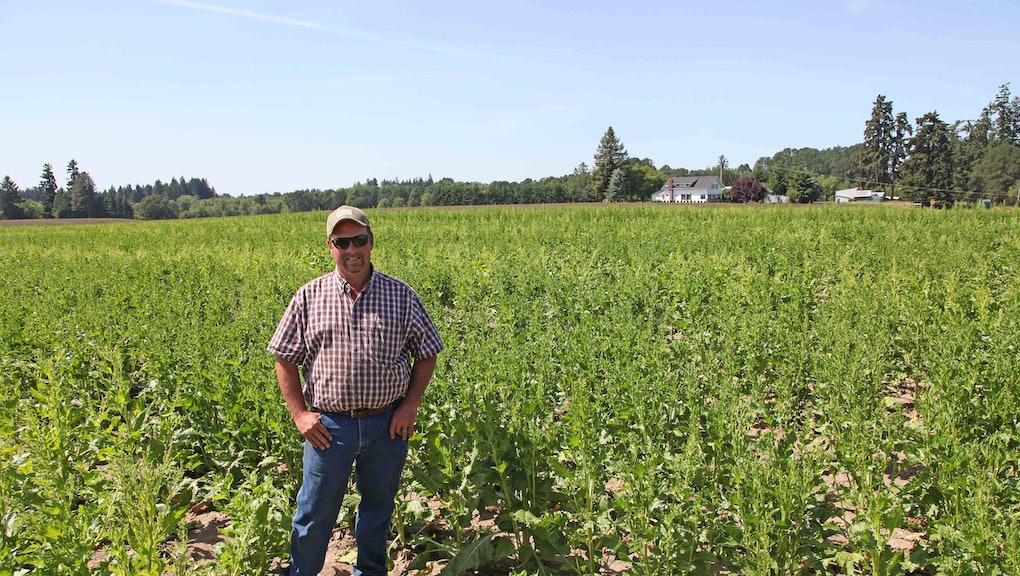 Are GMOs Good For You? Here's the Murky Science Behind the Health Effects of GMO Foods

Genetically modified organisms are the subject of contentious debate in the health world. Roughy 80% of the food in the United States is genetically modified, according to WebMD, and the Food and Drug Administration doesn't as of yet require manufacturers to disclose whether their food contains GMOs. Some brands and restaurants, like Chipotle, proudly proclaim their food as non-GMO. But is that just a marketing tool that feeds off ignorance and fear? Or are GMOs actually harmful to our health? What does GMO even mean?

Read more: These 5 "Health" Products and Procedures Are Actually Scams and Possibly Dangerous

Foods that are genetically modified are essentially injected with certain DNA from other organisms in order to enhance it in some way, according to WebMD, be it making a fruit sweeter; more resistant to disease, bruising, rotting and molding; or even increasing vitamin content.

Pro-GMOers argue that GMOs, which first came on the market in the 1990s, help increase the production rate and quality of crops, which is our best answer to feeding the extra 2 billion people that are projected to inhabit the earth by 2050, according to WebMD. The other side worry about the long-term negative effects of GMOs in food on human health — but no studies have proven either side's arguments valid.

GMOs allow farmers to grow more food by reducing crop disease and making weather conditions like drought have less of an effect on production.

Although the FDA doesn't require labels for GMO foods, there is safety testing involved to make sure humans can digest them well.

"What they actually do is take the new protein and test it in a petri dish with human digestive enzymes," Margaret Smith, a Cornell University professor said, according to North Country Public Radio, "and measure how long it takes to break down. And if it takes any longer than standard proteins would take, that raises a red flag. So these proteins and this DNA — it's not like it's building up somehow. Your digestive system is meant to break those things down. You then absorb them as small molecules, and your body builds the things you need out of it."

Smith said while concerns about GMOs' long-term effects on our health and the ecosystem are valid, there's not much scientific evidence proving there are negative effects. "So this is not a technology we should paint with one big brush, nor the 'it's all good' brush, nor the 'it's all bad' brush," she said. "We need to really think about each example of where we use this technology and weigh the risks and benefits."

Two reviews of genetically modified crops by the National Academy of Sciences in 2000 and 2004 showed no unique detriment to human health, but did note that genetic modification has a higher potential of carrying allergens and recommended further research on the topic, according to the New England Journal of Medicine. But newer herbicides approved by the Environmental Protection Agency since then introduced fresh concerns about the cancer-causing potential of herbicides being used on some GMO crops.

Bottom line, further study on GMOs is necessary to determine their potential effects on human health. In the meantime, a majority of foods in the U.S. are genetically modified, and the only way to completely avoid GMOs is to only buy foods labeled non-GMO and eating at restaurants that can be proven to be GMO-free.

"Like it or not, genetically modified foods are almost impossible to avoid," Sheldon Krimsky, an adjunct professor of public health and family medicine at Tufts University School of Medicine, told WebMD.