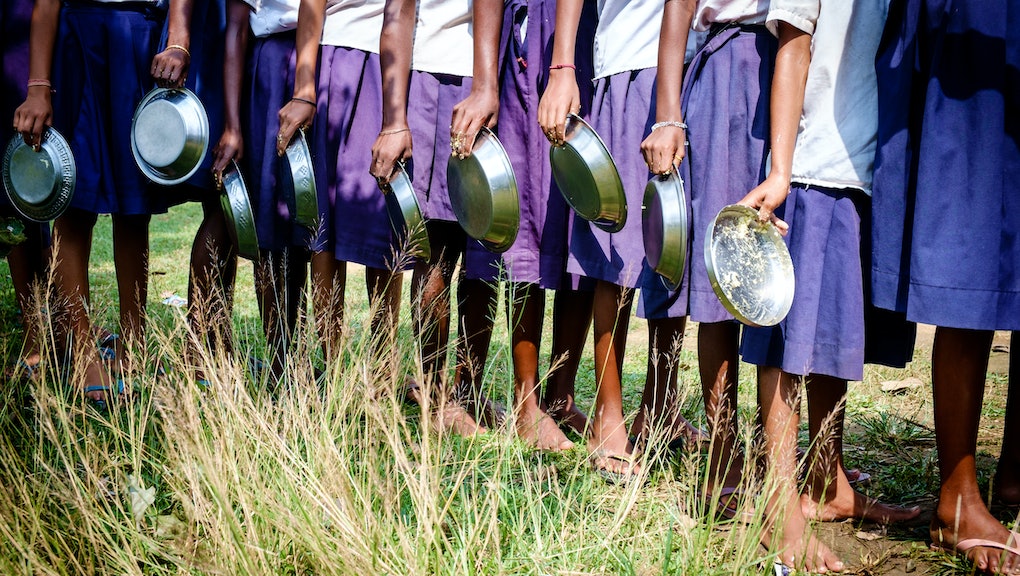 If you've ever needed a statistic to slap you in the face to make you give a damn about climate change, this is it: A new report from the Lancet estimates more than 500,000 adults could die in 2050, thanks to how climate change will kill crop productivity, altering diets and available food all over the world.

"Changes in food availability and intake also affect dietary and weight-related risk factors such as low fruit and vegetable intake, high red meat consumption and high body weight," Dr. Marco Springmann, a post-doctoral researcher from the University of Oxford and leader of the study, said in a statement. "These all increase the incidence of non-communicable diseases such as heart disease, stroke, and cancer, as well as death from those diseases."

According to Springmann's model, the global reduction in fruit and vegetable availability could lead to 534,000 climate-related deaths across 155 countries — hardly stifled by the 29,000 deaths prevented because of people eating less red meat (but only because the cows are dead).

There's some good news, kind of. According to the authors, the lower calorie availability will probably save 260,000 people who would otherwise die from obesity. But, considering how many people in the world struggle to find food at all, that lower caloric intake will in turn cause 266,000 deaths from malnourishment.

Springmann advocated heavily for emission reductions and public health programs, saying, depending on the strength of the program, it could reduce climate-related deaths by up to 71%. Unfortunately, that's only in the near future.

According to Dr. Alistair Woodward from the University of Auckland in New Zealand and Professor John Porter from the University of Copenhagen, the report might help figure out our next 30 or 40 years, but it can't predict huge potential problems after that. There needs to be more focus on mitigating problems immediately, they said.

"Springmann and colleagues have moved the climate and food debate in a necessary direction by highlighting both food and nutritional security, but a mountain of policy-relevant questions remain that require close scrutiny," Woodward and Porter wrote in a statement.

The point of the study should be clear: Despite the people who won't die from obesity (a really small number in the grand scheme of global nutritional security), a lot of people are going to die because they can't eat. If it's studies like this one that will make people realize how much their lives actually depend on the foods grown in and on the ground, we're bound to see more panicked reports. And that's a good thing.