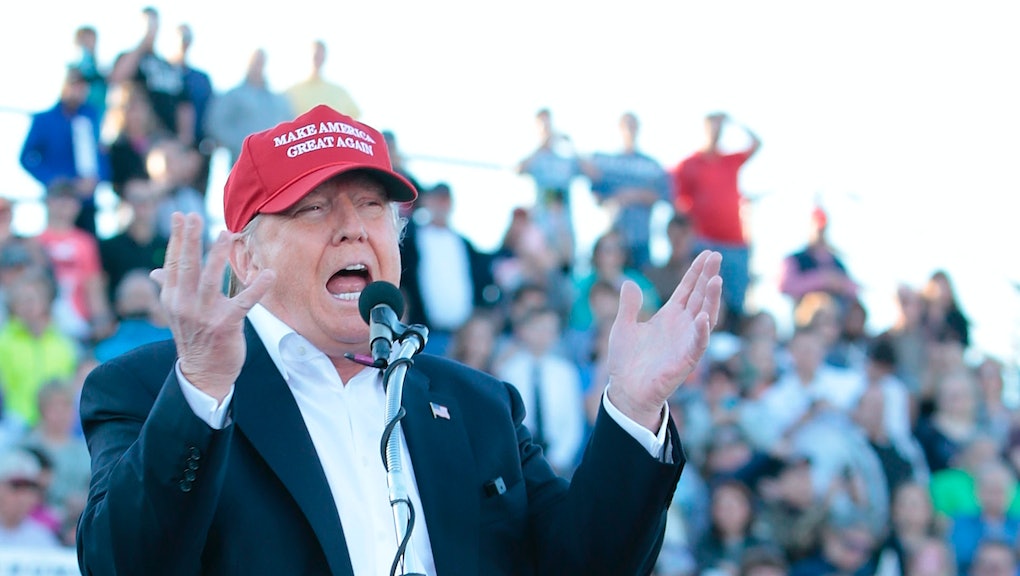 In the 1920s, as Adolf Hitler began his rise to power, he was widely hailed for his charismatic, impassioned speeches that promised a solution to Germany's suffering economy.

On Wednesday, Wall Street Journal reporter Jon Ostrower did a deep dive into New York Times archives for the Times' first reference to Hitler. When he shared an excerpt from a 1922 article on Twitter, many users were struck by how the characterization of Hitler's politics were notably evocative of the Republicans — specifically those of Donald Trump.

Though Ostrower did not explicitly name Trump in his tweet, many users saw red flags in the excerpt's first sentence alone.

In the passage, "sources" told the Times that Hitler's anti-Semitic sentiment was not "so genuine or violent as it sounded, and that he was merely using the propaganda as a bait to catch messes of followers and keep them aroused, enthusiastic."

Over the course of his campaign, Trump has been vocal about his anti-immigration policies. In July he pegged Mexicans as "rapists" and "killers," and months later expressed his intention to "round up" and deport the 11 million undocumented immigrants in the United States.

In December, Trump said he'd consider creating a database to keep tabs on the country's Muslim population or have them bear a card identifying them as Muslims, which prompted some comparisons.

With each new polarizing statement, Trump supporters seem to fall harder and harder for him, lauding him for supposedly speaking hard truths. According to the Washington Post, a September Fox News poll confirmed that 44% of Americans believe Trump "tells it like it is, and we need that now in a president."

Even so, these supporters might be disappointed to learn that Trump may not actually stand by all his extremist statements. In his 1987 memoir Art of the Deal, Trump hints at a philosophy that may be the basis for his campaign strategy.

"I play to people's fantasies," he wrote. "People may not always think big themselves, but they can still get very excited by those who do. That's why a little hyperbole never hurts."

"You can't expect the masses to understand or appreciate your finer real aims. You must feed the masses with cruder morsels and ideas like anti-Semitism. It would be politically all wrong to tell them the truth about where you really are leading them."