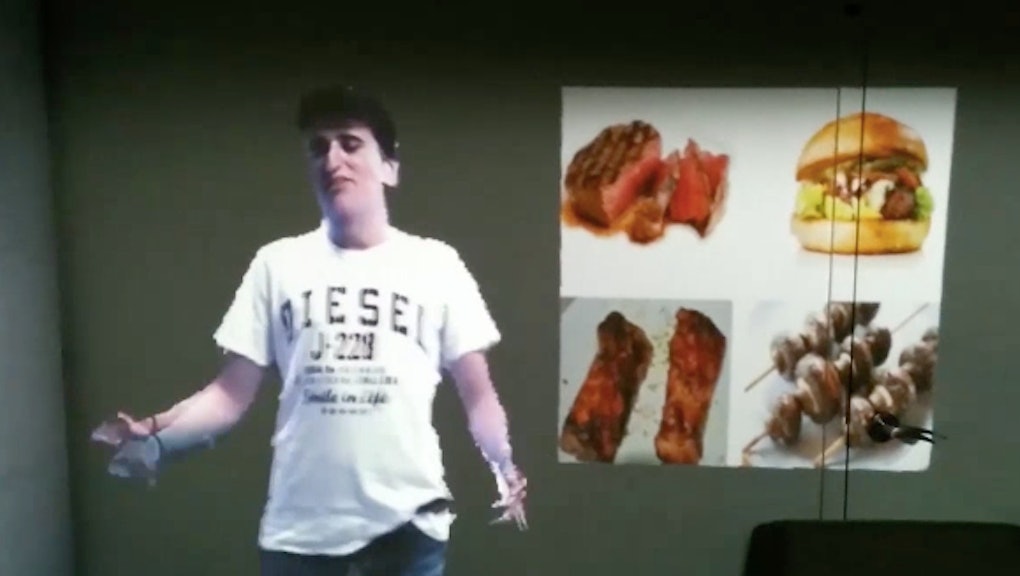 Sometimes Skype and Facetime are not enough. Microsoft is developing life-size, 3-D video chat so your friend can remotely sit across a table from you while you gab.

Microsoft Research recently released a paper describing how it can make augmented reality telepresence a reality. The setup requires three projector cameras each equipped with a Microsoft Kinect V2 camera, which capture the dimensionality of the person in front of the camera, their relationship to their environment and relevant objects in their room. Meanwhile, projectors display the incoming video onto an empty couch or chair in the recipients room.

The system can move the projection as needed, for instance if someone else comes in the room and sits where the projection is, it will relocate. But it's worth noting, the video isn't actually 3-D, though it gives the illusion of three-dimensionality.

The technology is a long way from commercial availability; the intense set-up requires too much skill for the average user. But it does give us dreams of a future where we can curl up on the couch across from our favorite remote friends and catch up without them actually being there.