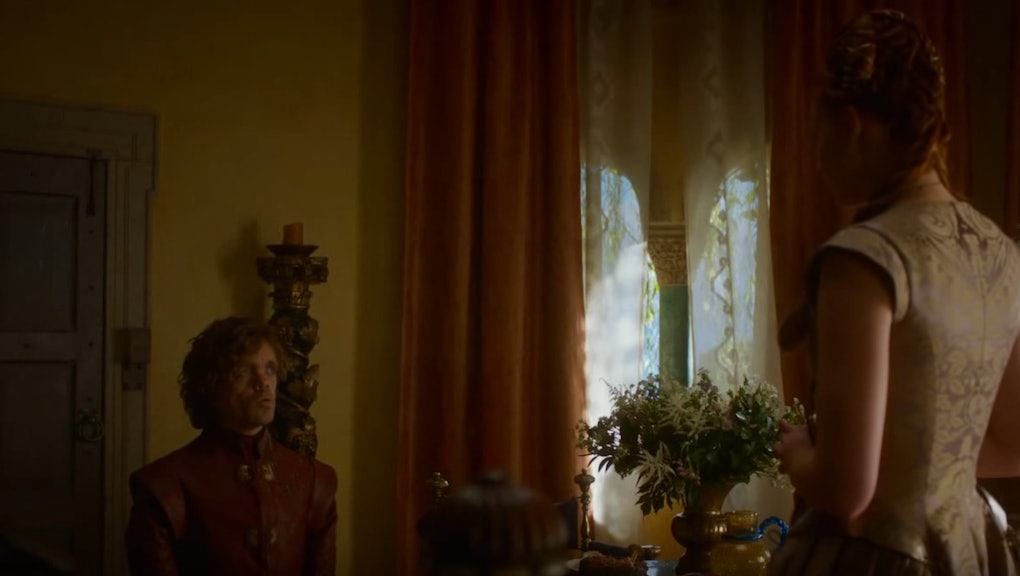 'Game of Thrones': The Historical Basis Behind the Series' Many Storylines and Characters

Game of Thrones is clearly a fantasy series. Of course it is; last time we checked, the world isn't filled with mysterious sorceresses, fire-breathing dragons and legions of ice zombies. Yet while George R.R. Martin's compelling world of Westeros is very much a creative masterpiece, there are parallels with his A Song of Ice and Fire characters and storylines to historical figures and events — some of which he's openly admitted were influences to his work.

(Editor's note: Spoilers ahead for both the book and TV series.)

Read more: Does the 'Game of Thrones' Show Follow the Books?

The two royal houses dealt with decades of violent feuding over who would sit on the throne, as both believed they had a rightful claim. The "roses" were the equivalent of Thrones' house sigils, with the Lancasters bearing a red rose and the Yorks represented with a white rose. Much like the series, the Wars of the Roses featured clever scheming from both families and even a threat from another land ("beyond the Narrow Sea"), as explained in the below video. Admittedly, no member of the fictional Stark house ever wanted to rule the entire kingdom.

Martin himself has admitted he drew from the history of the Yorks and the Lancasters, though he claims there are no direct correlations between the characters and specific historical figures.

"The Wars of the Roses have always fascinated me, and certainly did influence A Song of Ice and Fire, but there's really no one-for-one, character-for-character correspondence," Martin reportedly said, according to a post on Westeros.org. "I like to use history to flavor my fantasy, to add texture and verisimilitude, but simply rewriting history with the names changed has no appeal for me. I prefer to reimagine it all, and take it in new and unexpected directions."

To explain, TED-Ed created a detailed and entertaining video on the parallels between the Wars of the Roses and Game of Thrones.

The real life Red Wedding: The Red Wedding is one of the most shocking events in Martin's series, and one that personified what readers and viewers already knew about Westeros: Anybody can die at any time. Martin derived the brutal scene from two moments in history: the Black Dinner of 1440 and the Glencoe Massacre of 1692.

There's a common thread in both of these tragic stories: being guaranteed hospitality and safe passage before being betrayed and slaughtered. In the series equivalent, this happens to Robb and Catelyn Stark at the Twins, after Robb breaks off his promise to marry one of Walder Frey's daughters. The Stark army is decimated, and Robb and Catelyn are both murdered and mutilated.

As brutal and unforgiving as the Red Wedding was, the fact that there are two real-life counterparts to the events says a lot about the violence of human history. "No matter how much I make up, there's stuff in history that's just as bad, or worse," Martin told Entertainment Weekly.

The ancient Lord of Light-esque religion: You may not have heard of the religion Zoroastrianism, but its practices eerily (and intentionally) resemble those of R'hllor, the Lord of Light worshipped by the likes of the red priestess Melisandre in Game of Thrones. In Zoroastrianism, fire was used as a medium for worshipers, who prayed in the presence of fire and saw it as symbolic to the side of good.

Broadly, the religion did stress that there is a presence of good and evil — for the show's equivalent, the Lord of Light and the Great Other. Martin has spoken on the record about the similarities with the Lord of Light and Zoroastrianism, and the overall importance of religion in Westeros. However, don't expect to see any gods in a physical appearance in the upcoming novels — he'll toe the line with zombies and dragons.

"I don't think any gods are likely to be showing up in Westeros, any more than they already do," Martin told io9. "We're not going to have one appearing, deus ex machina, to affect the outcomes of things, no matter how hard anyone prays. So the relation between the religions and the various magics that some people have here is something that the reader can try to puzzle out."

The Battle of Blackwater Bay's Wildfire: The Battle of Blackwater Bay is one of the series' most iconic battles. While Tyrion was never properly thanked for his bravery and cunning in stopping Stannis' army from invading King's Landing, it was through his use of wildfire that the much larger Baratheon army was halted. Wildfire, in the Game of Thrones series, is created by the Alchemists' Guild, and it is a highly volatile substance that causes widespread destruction — even on water.

The historical parallel is the substance Greek fire, which the Byzantine Empire used in medieval times. However, the exact strategy Tyrion employed is most similar to the Second Arab Siege of Constantinople, and specifically the "great chain" tactic Byzantine warships used to ward off invaders. Historians and scientists can only speculate as to what Greek fire was composed of — however, like wildfire, it was highly dangerous.

"No one knows exactly what the substance was, but it probably included some combination of pine resin, sulfur or other incendiary chemicals," Stephanie Pappas wrote for LiveScience.

The Wall's based on... a wall? Go figure. The humongous Wall that separates Westeros from the likes of the White Walkers and the Free Folk is, admittedly, quite large; it's described as such in the books, and the HBO series certainly does it justice. While the real life influence for the Wall isn't quite as impressive in its scale, it had a similar purpose to ward off "barbarians."

Hadrian's Wall, part of the far reaches of the Roman Empire, was built to separate the Romans from the likes of the Celtic tribes. Some parts of Hadrian's Wall are still standing and have become a trademark Scottish tourist attraction. Westeros' Wall, however, holds more intrigue with just who — or what — could be on the other side.

"I stood on Hadrian's Wall and tried to imagine what it would be like to be a Roman soldier sent here from Italy or Antioch, [the Ancient Greco-Roman city]," Martin said in an 2000 interview published on SF Site. "To stand here, to gaze off into the distance, not knowing what might emerge from the forest. Of course fantasy is the stuff of bright colors and being larger than real life, so my Wall is bigger and considerably longer and more magical. And, of course, what lies beyond it has to be more than just Scots."