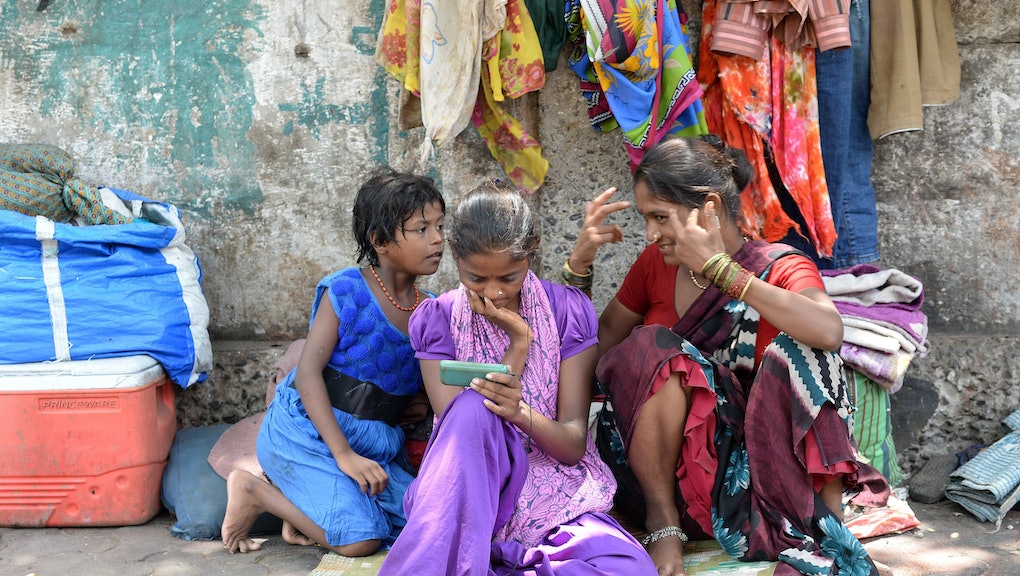 The time is coming when vehicles will drive themselves, zipping along our streets in perfect formation without owners. The question isn't if, but when.

Most estimates, like Kevin Ashton's from MIT, set 2030 as an optimistic mark. Morgan Stanley says 2026. Optimists and futurists watch the race among major automotive manufacturers, the hiring patterns of Apple and Uber and early tests from Google as a sign that we're only 10 to 15 years away from that utopia.

But outside our borders, there is a world struggling to get affordable internet access. They're not gunning for delivery drones or invisible assistants that use artificial intelligence to respond to voice commands — just an affordable internet connection at a reasonable speed.

At this rate, they may not get even that when we're riding around in the backs of cars that have no drivers. A new report by the Alliance for Affordable Internet shows that some countries are 30 to 40 years away from having the same level of internet use we have in the United States:

The digital divide right now is stark, and in countries like Sierra Leone and Ethiopia, less than 3% of the current population has internet access.

Progress is slowing: The report makes a number of recommendations, including investment in public Wi-Fi plans, and closing the gender gap in smartphone ownership, which can be as high as 50% in some parts of Sub-Saharan Africa.

"Governments must set concrete targets to achieve gender equity in digital adoption, skills and empowerment, and back these with specific programs and budget allocations," the authors wrote. "Gender-disaggregated data must be collected to monitor progress. This should be done through more gender-responsive national broadband planning."

But U.N. reports demonstrate that their efforts to connect the 4.2 billion people in the world who don't yet have internet have slowed in recent years.

As we glimpse time when car ownership is obsolete, we're already declaring our current time a hypothetical "middle ages" of automotive engineering. But countries like Rwanda and Haiti aren't living in a middle age compared to some hypothetical future — they're living in a literal Middle Age, compared to present-day America, when it comes to having the necessary tools to live and compete in the 21st century.