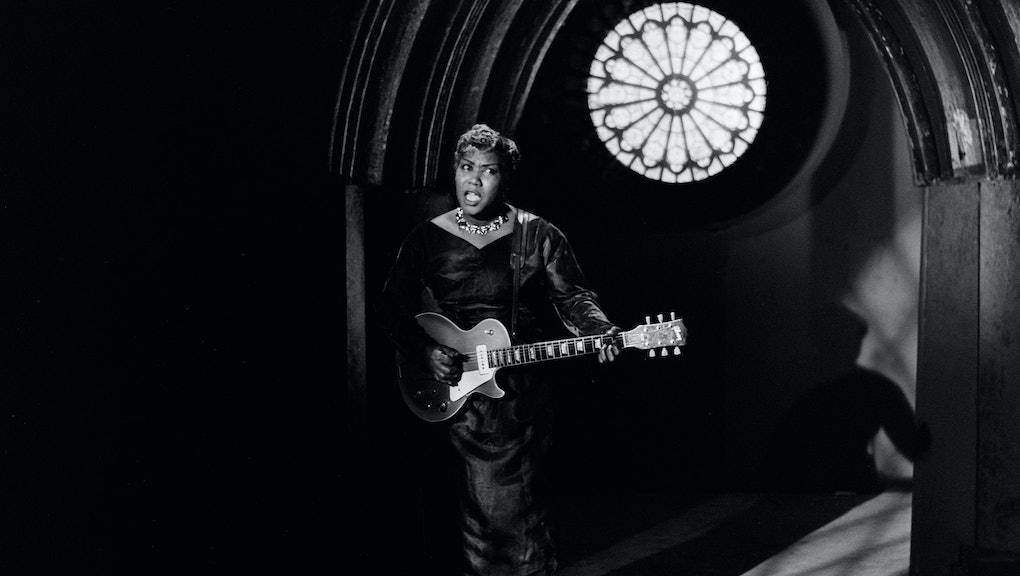 Who Invented Rock 'n' Roll? These Are the Black Pioneers Who Laid the Genre's Foundations

When Americans think of rock 'n' roll, most tend to associate the origins of the music genre with the "King of Rock and Roll" Elvis Presley. However, the beginnings of rock 'n' roll must also be attributed to the influence of black culture and music.

"The blues had an illegitimate baby and we named it rock 'n' roll," Little Richard, one of the originators of rock 'n' roll as we know it, once said, according to RealClearHistory. Having started as rhythm and blues music in the 1940s before gaining a foothold and evolving in the '50s, no one person can lay claim to inventing the rock 'n' roll phenomenon. The "we" Little Richard is alluding to refers to black rock 'n' roll pioneers such as Little Richard himself, a young Ike Turner, Bo Diddley, Sister Rosetta Tharpe and Chuck Berry.

Rock 'n' roll was influenced by a Deep South black music genre called the blues. "It [rock 'n' roll] started out as rhythm and blues," Little Richard told Time in 2001. "There wasn't nobody playing it at the time but black people — myself, Fats Domino, Chuck Berry. White kids started paying more attention to this music, white girls were going over to this music, they needed somebody to come in there — like Elvis."

While many names can be attributed to shapingof the genre, only one person can lay claim to the creation of that classic rock 'n' roll sound: Sister Rosetta Tharpe, a self-taught guitarist who successfully crossed over from gospel music to rock 'n' roll. "If you look back at the most influential musicians of the 20th century, she's probably in the top 10," Bob Merz, a Pennsylvania-based writer and publisher who once organized a benefit concert to pay for a memorial for Tharpe, told NPR.

Brittany Howard of Alabama Shakes, the rock band that won multiple awards at the 58th Grammys, paid tribute to her predecessor with an outfit that reminded many of the late Tharpe.

"She had a major impact on artists like Elvis Presley," Gayle Wald — professor of English at George Washington University and author of Shout, Sister, Shout!: The Untold Story of Rock-and-Roll Trailblazer Sister Rosetta Tharpe — told a film crew, according to Fusion. "When you see Elvis Presley singing songs early in his career, I think you [should] imagine, he is channeling Rosetta Tharpe. It's not an image that I think we're used to thinking of in rock and roll history. We don't think about the black woman behind the young white man."

Another originator of rock 'n' roll, Rock and Roll Hall of Fame inductee Lloyd Price, has said that Elvis is not responsible for the creation of the genre. "I knew Elvis," he told the New York Sun in 2004."This is media history, not real history. Rolling Stone started in 1967. So how can they say who started rock and roll in 1954? The fact is that Fats Domino sold more records than Elvis between 1953 and 1956. I loved Elvis, but it's a lie to say he invented anything."

But that doesn't mean Elvis meant to steal the spotlight from black rock musicians. "Presley by all accounts was quick to acknowledge his debt to African-American performers," Noah Berlatsky wrote for the Atlantic. "And scholars have even argued that, by playing multi-racial music for multi-racial audiences, he helped to point the path away from segregation."

Early black rock 'n' roll artists were influenced by other forms of music, such as country music, which led to many different subsets and spinoffs of the genre. While there is no exact birth date for the creation of rock 'n' roll, it is impossible to ignore the influence of black Americans during the genre's infancy.