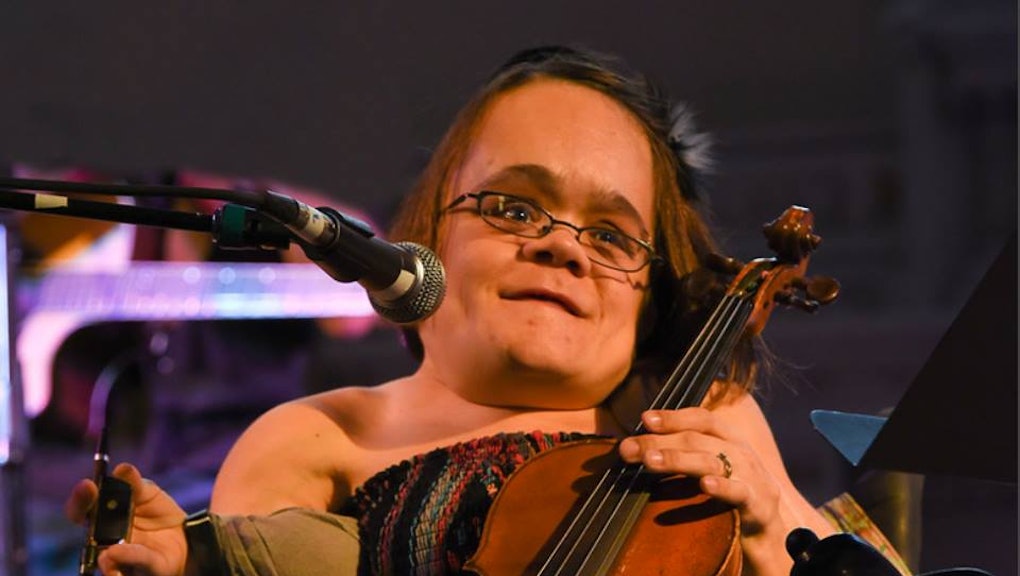 Since its launch in December 2014, NPR's Tiny Desk Contest has become something of a grail for rising independent artists. The rules are simple, and it's about as open and democratic as a battle of the bands can get. All a performer has to do is set up a desk, press record, sing and share.

The judges don't look for quality recording or technique — they simply look for truly inspired and moving songs. Last year, they introduced an incredible talent to the world in Fantastic Negrito, an Oakland, California-based singer dedicated to reviving "black roots music." This year's winner is just as compelling.

NPR announced Gaelynn Lea as this year's winner Thursday. She's a 32-year-old classically trained fiddle player from Duluth, Minnesota, whose music is steeped in Celtic and Americana traditions. She brings some modern flair, however, with loop pedals and a haunting croon that's spellbinding.

Before becoming 2016's Tiny Desk champion, Lea had been working as a professional musician, a fiddle teacher and a public speaker advocating for the rights of people with a disability. Lea has congenital osteogenesis imperfecta, also known as brittle bones disease.

Her win will obviously provide her a much larger platform to continue to spread these positive messages. She'll soon head to Washington, D.C. to perform behind NPR's actual Tiny Desk, and will then head out for a U.S. tour sponsored by NPR and Lagunitas.