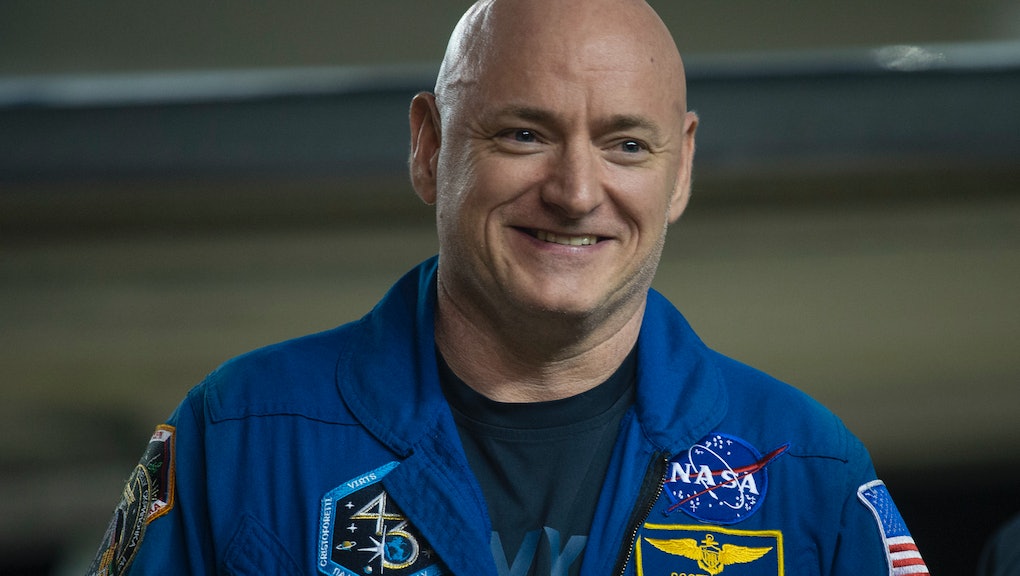 NASA astronaut Scott Kelly, who returned to Earth at 10:26 a.m. Wednesday in Kazakhstan (which was 11:26 p.m. Eastern on Tuesday, according to NASA) after nearly one year aboard the International Space Station, has spent his first day back doing what many in his position might do: watched a sunset, ate a salad and let himself fall into a pool. Kelly, known by many as the world's first social media astronaut — his photos of Earth from thousands of miles above have frequently become viral memes — shared moments from the past 24 hours with his Twitter followers that appear to convey the visceral joy of returning to one's familiar surroundings after a long time away.

"It's great to be back in Texas, on U.S. soil," Kelly, 52, told reporters shortly after touching down, according to ABC News. "It's just an unbelievable feeling to be back here on planet Earth, back in our great country and back with all my family and friends."

Here's a brief look at what Kelly has been up to:

Every aspect of Kelly's time in space will be studied, documented and analyzed in an effort to better understand the effects of long-term space travel on the human body. Among the things researchers will be looking at are the effects of increased radiation exposure — astronauts in space are hit with about 20 times more radiation than people on the ground, according to USA Today — and how space travel could alter vital organs like the heart.