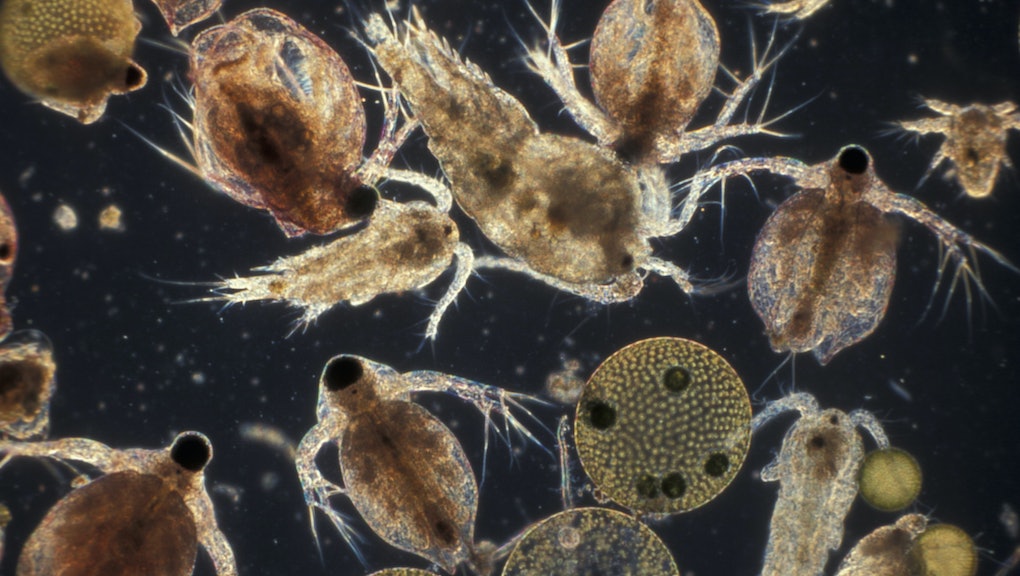 Plankton Poop Could be Spreading Plastic Waste Across the Oceans

There's been a lot of talk recently about the plastic levels of our oceans. Now, a new study is suggesting that plankton may be spreading the waste around to even further reaches of the oceans in its feces.

Researchers at the University of Exeter and Plymouth Marine Laboratory concluded that the organisms, known as zooplankton commonly ingest tiny plastic particles, which inevitably makes their way to their feces, reported Phys.org. The tiny organisms, among the most abundant things in Earth's oceans, are part of the building blocks of life, and any human-caused disruptions to their diet have scientists concerned.

Read more: A Brilliant 20-Year-Old Built a Spacecraft-Looking Machine to Clean Up Oceans

The Exeter study doesn't note the origin of the plastic particles, but it's likely related to the microbeads frequently found in beauty products, which plankton have been known to ingest. In December, President Barack Obama signed a law banning the manufacture of microbeads.

"The magnitude of change observed here is concerning," Exeter associate research fellow Matthew Cole told Phys.org. "We believe the impact of plastic contamination in the ocean deserves more detailed investigation and the team now hopes to carry out further work in the natural environment."

More and more, millennials around the world are taking up the cause of preventing ocean pollution. 21-year-old Dutch native Boyan Slat made headlines in 2015 after designing a system, Ocean Cleanup, which he said could clear the world's oceans of human debris by essentially herding it into giant ocean garbage bins.

"Taking care of the world's ocean garbage problem is one of the largest environmental challenges mankind faces today," reads a post on the project website. But the magnitude of the task is not of concern to Slat. In a 2012 TED talk, he said "human history was basically a list of things that couldn't be done and then were done."