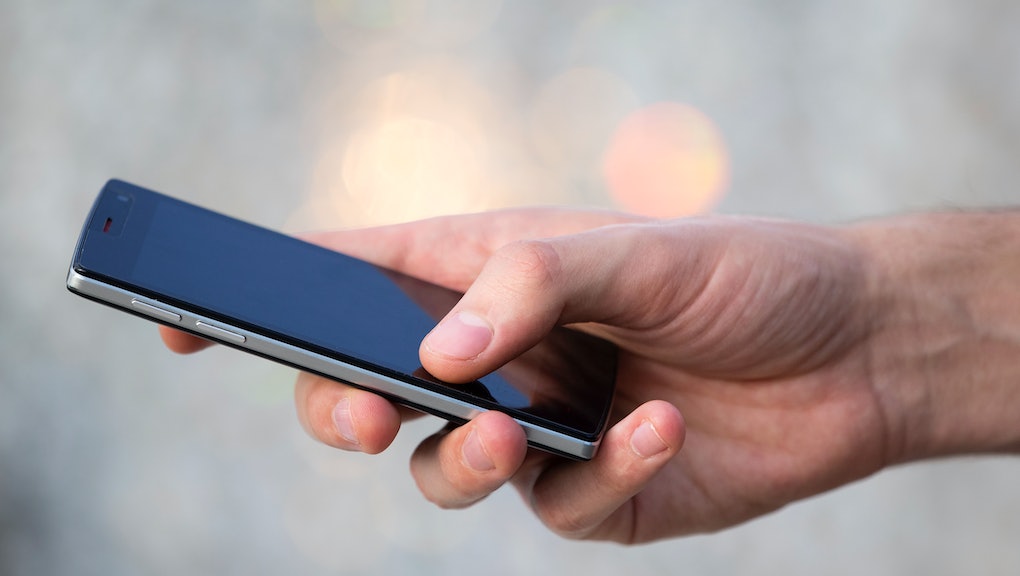 This trinity of pissed-off texts greeted me as I powered my phone back on. I had deliberately left it in the car for a few hours while my boyfriend and I watched a college basketball game at Buffalo Wild Wings last month. The texts were from one of my best friends, Delly (this is not her real name), who had been trying to get ahold of me for a few days.

"OMG sorry for all the delays!" I responded. "I'm the worst."

Of course, I wasn't actually the worst. I was just adhering to the digital detox resolution I casually made at the start of the year. But while reflecting on my exchange with Delly later that evening, I couldn't help but wonder: Is it possible to unplug from your phone without short-circuiting your friendships?

I used to be an insta-responder to all of my closest friends' texts. Even if one of them texted me while I was eating or driving or reading a book in the past, I'd typically at least shoot over a quick courtesy text to tell them I was busy.

But then I made an informal New Year's effort this January to be more present with my boyfriend, partially because he spent much of last year making fun of me for having an embarrassingly teen-like attachment to my phone. Between that and the fact that I often felt mentally exhausted (and empty!) after scrolling through status updates and articles and tweets every day, I figured it was time to start incorporating phone-breaks into my daily routine.

For example, I used to look to my phone for distraction while I took the dog out in the morning. And it would be a time-sucking distraction indeed, helping me complete the task without having to think about it too much. But it would also always inevitably remind me of work or politics or money or some other topic that was totally unrelated to the task at hand (i.e. picking up dog shit).

It's delightfully liberating to only have to give a shit about whatever's in front of you.

But this newfound liberation has been complicated by the fact that once I started going off the grid for prolonged periods of time, some of my closest friends began to question WTF was going on with me. Even though I had warned them, "I'm going to start turning my phone off for hours at a time," they clearly thought I was lying.

"Call me back, you bitch!" my friend Vanessa (also not her real name) texted me last month after I was M.I.A. for an entire afternoon. "Are you OK???" Her response was panicked, as if I had joined a cult or enlisted in the Marines without telling anyone.

I mean, I got it. As much buzz as there is around unplugging and mindfulness, it seems fairly unlikely that anyone would actually turn their phones off for hours at a time in this day and age. According to a 2015 study by Deloitte, the average American between the ages of 18 and 24 checks his or her phone 74 times per day. Considering this number, what are the odds that someone would truly be unreachable for an extended period of time?

The weird thing, though, wasn't that my friends seemed concerned about my absence. On the contrary, they seemed mad, as if they thought I was purposely going off the grid to spite them.

"Why is he ignoring me?" I imagined my friends wondering during those initial weeks, after I established my new identity as a "someone who doesn't always respond right away" person. "This asshole is lying!"

Except I wasn't lying! We just live in a world where it's unbelievable that someone would choose to go hours upon hours without checking their phone.

This whole conundrum was addressed in the second episode of Chelsea Handler's Netflix docuseries, entitled "Chelsea Does Silicon Valley," during which Chelsea goes on a literal digital detox retreat hosted by adult camping program Camp Grounded. The campers are so addicted to their phones that they needed to attend a retreat in the woods to learn how to unplug.

"[T]he mini digital detox retreat really forced everyone out of their comfort zones and into epic hugs and meaningful conversations," Camp Grounded wrote on its blog of the event, which seemed to have been emblematic of everything I love about turning my phone off.

"We laughed, we cried, and laughed some more while we Intra-gramed [assuming this is digital detox slang for shining a filter on the moment from within, rather than posting it on social media for the fleeting validation of external likes] our favorite photos, shared what we were grateful for and learned to connect with other people without using our phones."

In the end, reconfiguring my phone use habits didn't actually destroy my friendships. Once Delly and Vanessa and I got past those mildly stressful few weeks of initial push and pull, the fact that I was unreachable and took hours to respond to text messages became the new normal. And it was fine! In fact, it encouraged us to turn off our phones and actually interact once we finally touched base and made plans with each other.

There is, however, one unexpected byproduct of becoming a person who regularly digitally detoxes: now people don't really text or call me as often anymore, so I'm pretty much never in the loop about anything. I've also been removed from at least one group chat (that I know of) on account of my non-responsiveness.

The consequences of my digital detox came to a head a few weeks ago, when I went to Aruba for seven days and decided not to get international cell service for the trip. I left my phone on airplane mode the whole time in an extreme version of my on-and-off unplugging habits. And after an entire week of being literally unreachable, you know how many missed texts I returned home to? Literally just six!

At first, I'll admit I panicked. "OMG, Does no one love me anymore?!" I thought to myself.

A few seconds later, however, I realized that the absence of messages in my inbox was a blessing in disguise. In the past, I might have had an endless stream of daily minutia and BS waiting for me in my text inbox. But the fact that I can now disappear for a week and have only six texts waiting for me when I come back indicates just how unnecessary most of those messages would have been, anyway.

"This is amazing," I thought. "My transition is complete."

Call me an old, but I'm now of the firm belief that it's how you use the in-person, unplugged time you have with your friends and loved ones that matters. Perhaps unplugging could be just the power surge our relationships need.