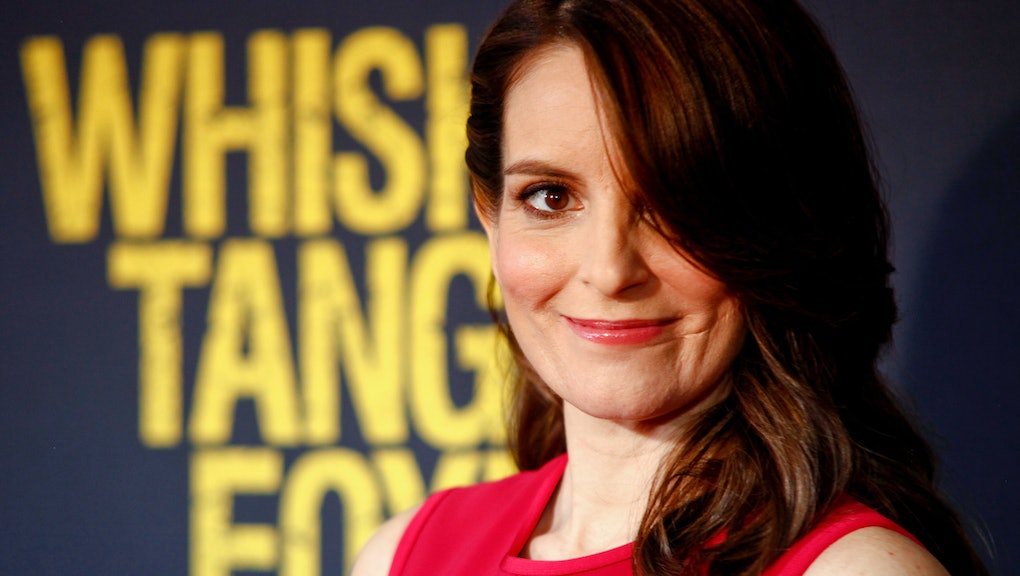 Comedy giant Tina Fey didn't veil her opinions on Hollywood culture or the elite during a recent appearance on the Howard Stern Show. And apparently, her recent trip to Los Angeles for Sunday's Oscars left a bad taste in her mouth.

And Fey wasn't quite finished firing shots.Though she was quick to commend American actor Leonardo DiCaprio on his intelligence and on the substance of his acceptance speech — he touched on climate change — that praise came with a sweeping generalization about all actors.

"I always am psyched when someone articulates those things because, let's face it, actors are very stupid," Fey said. "And a lot of times when you let them talk, oof. But he's so smart and his speech was so cogent."

Elsewhere on the radio talk show episode, Fey was complimentary of reality television star Caitlyn Jenner, whose appearance Fey praised and who Fey tried and failed to meet during the Oscars. And Fey also had kind words for Chris Rock, calling her fellow comedian's opening monologue "fantastic." Yet adding to her list of Oscars grievances, Fey took issue with the inclusion of a photo booth at Vanity Fair's Oscars after party, which she attended.

"It's like, 'Guys, you've just been to the Oscars, everyone saw you, but if you were feeling like you weren't getting enough attention, you could do a photo shoot in the middle of a party,'" Fey told Stern.

Fey's appearance on the Howard Stern Show precedes the debut of her upcoming film, Whiskey Tango Foxtrot, in which Fey plays an American journalist sent to be a foreign correspondent on the ground in Afghanistan. The film hits theaters on Friday. Here's the trailer: