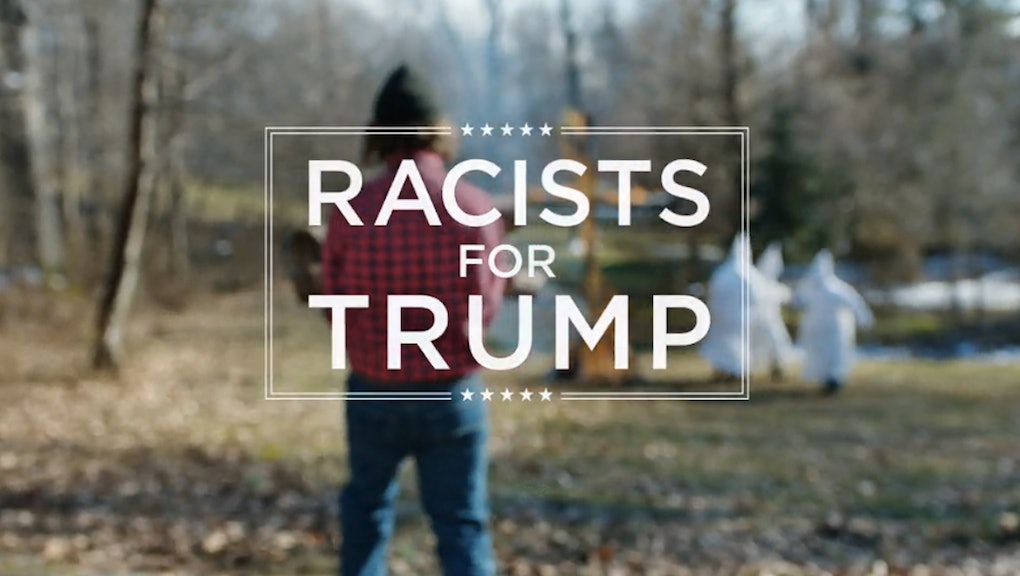 Donald Trump Roasted on ‘SNL’ With “Racists for Trump” Ad

The sketch presented SNL actors as real people, engaged in ostensibly innocuous activity: doing their ironing, painting a house, hanging out at home, hauling wood to a pickup truck. But as we spend a little more time with these apparently average Americans, we learn that they're swastika-sporting Nazis, card-carrying Klansmen and women — proud white supremacists all.

Read more: Donald Trump Campaign May or May Not Have Changed This Model's Race on Website

"He's not some cautious politician. He says what I'm thinking," one woman explains, folding back the white garment on her ironing board to reveal a pointed hood and the emblem of the Klu Klux Klan — a group certain Trumps have historically supported — emblazoned on the chest.

"He's definitely not P.C.," a man says, sitting beside a fire roaring in his hearth, onto which he casually tosses a book from the tall stack standing next to him.

"So why do I support Trump?" another says, "Three words: Good. At. Business." The business he is implicitly referring to, it seems, is the business of making America white again — also the business of the hooded figures dancing around a cross blazing in the background.