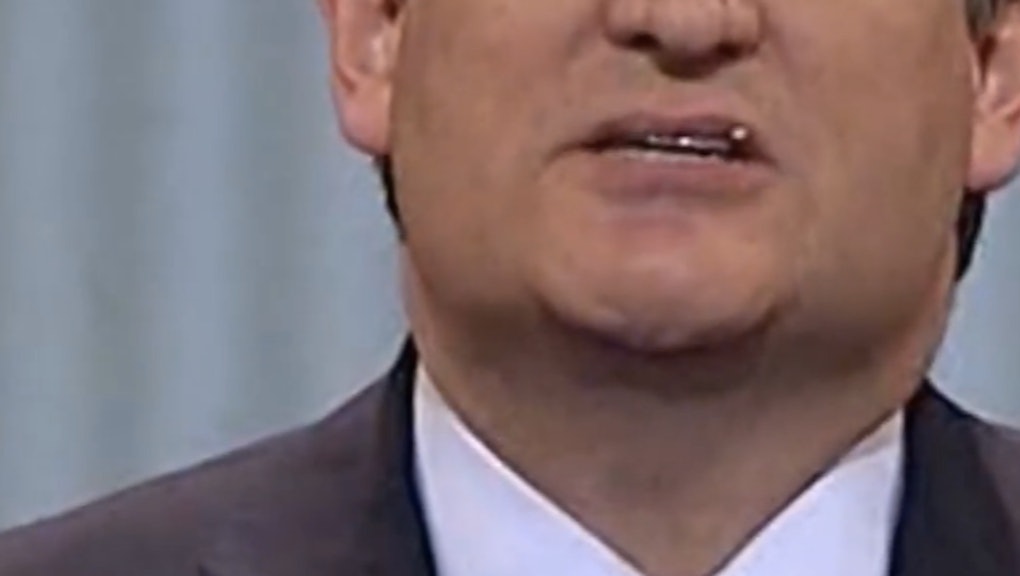 What the hell was that speck of matter on Ted Cruz's lip?

A mysterious white thing — styrofoam? Tooth fragment? Allegra tablet? — danced between the senator's lips before he ultimately sucked it back into his mouth and swallowed. (Cue uncomfortable audience laughter.)

It was the mysterious particle, and not the debate discourse, that took center stage in the postgame wrap-up.

Read more: Everything You Missed From the Republican Debate in Detroit

In a Republican debate that plumbed new depths in schoolyard taunting — including a disquisition on candidate penis size in the opening minutes — the speck has dominated online conversation with Twitter sleuths and pundits weighing in.

Until now, most of the recent GOP conspiracy theories have been debunked. On Thursday, Chris Christie confirmed that he was not, in fact, the victim of a Super Tuesday hostage situation. And the fact that Ted Cruz was born after the Zodiac killings put to bed speculation that he was the perpetrator.

At the time of this writing, the case of #lipgate remains open.