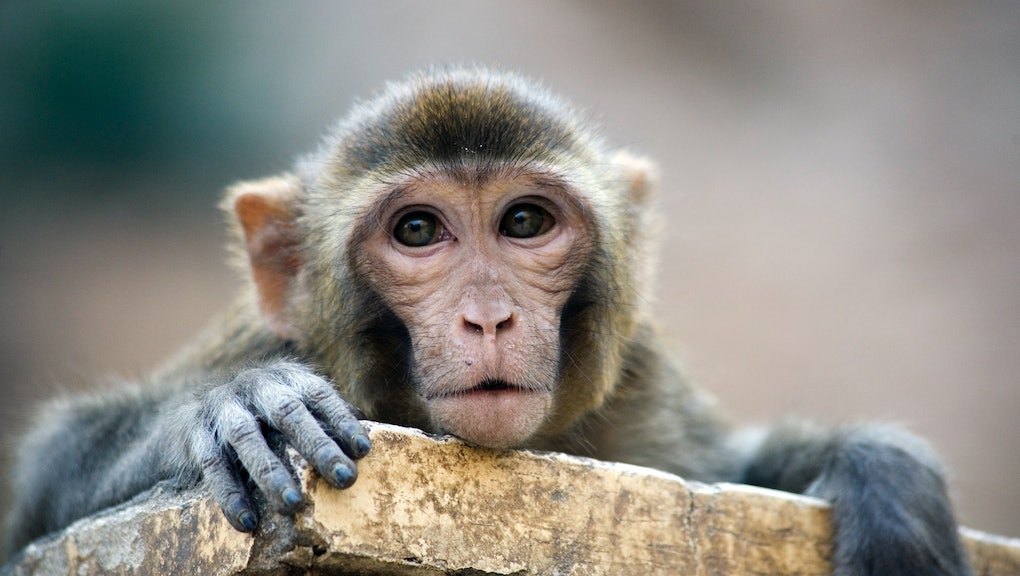 Scientists want you to be able to move things with your mind, and they're getting closer than ever to delivering on that promise.

In a new study published in Nature, scientists were able to get two rhesus monkeys to navigate an electronic wheelchair mainly using their brainwaves. The group developed brain-machine interface implants, which were temporarily inserted into the monkeys' brains to harness their cortical neuron activity. The monkeys were then placed in the wheelchair and near a food source in order to motivate them toward an endpoint.

The goal in creating this type of brainwave leveraging technology is to one day be able to apply it to robotic prosthetics, giving those with missing limbs the opportunity to regain a full spectrum of movement and ability.

Though brain-machine interfacing technology has been around for a while, most are noninvasive, according to the study. But, the study argues, implantable BMIs may be able to more reliably ferry movement control signals between the brain and a robotic extension — like a prosthetic limb or in this case the wheelchair. It says BMIs that use electroencephalogram-based systems don't have reaction times as quick as those that can be implanted. Furthermore, implants may be able to help recover a patient's cognitive abilities.

"Based on our experimental and clinical observations, we raise the hypothesis that BMIs can lead to partial neurological recovery or even augment brain function because their chronic and continuous use may trigger widespread cortical plasticity and the emergence of new cortical representations," the study says. "As such, BMIs will likely have a profound clinical impact in the future."

Though an insightful experiment, because of the difficulty of getting implantable technology approved, it will likely be a long time before we see this technology out in the world.