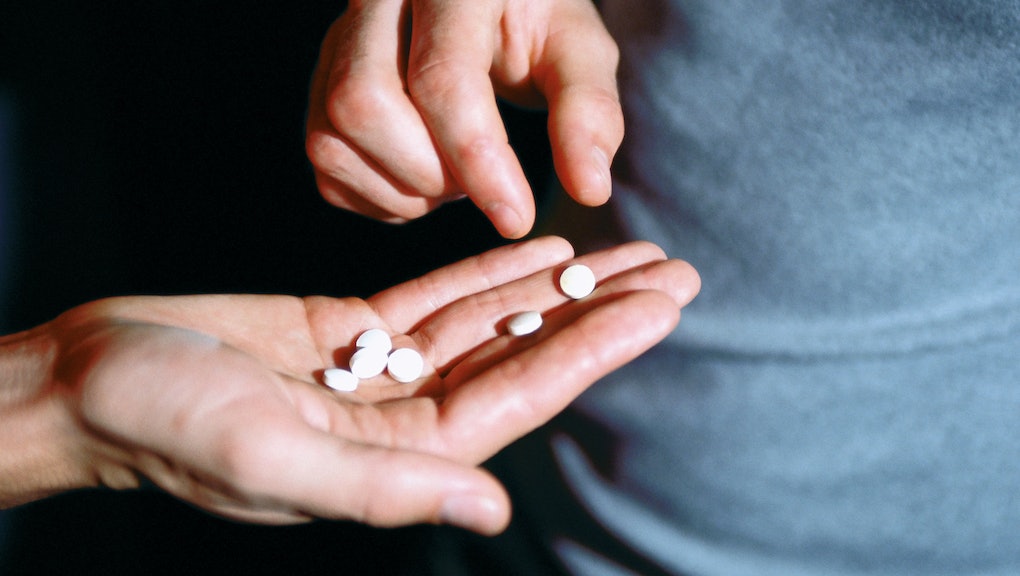 The Disturbing Truth About How Ecstasy Affects the Brain

The effects of popping Molly may last longer than Tomorrowland.

Science has bad news for people who use MDMA, the synthetic drug known as Ecstasy or Molly. New research published in the Journal of Psychopharmacology found poorer cognitive functioning in the brains of people who'd used MDMA compared to those who'd never tried the drug before.

MDMA causes the brain to release various neurotransmitters — among them, serotonin, which can elevate a user's mood. Effects of taking MDMA include "mental stimulation, emotional warmth, empathy toward others, a general sense of well-being and decreased anxiety," according to the National Institute on Drug Abuse.

It turns out, our serotonin receptors are especially dense in our brain's prefrontal cortex, where cognitive processing takes place. In animals, MDMA has been shown to affect regions of the brain related to serotonin production, according to PsyPost, so there was reason to believe the drug might do damage to users' prefrontal cortexes — and, in turn, their cognitive functioning.

Researchers split their trial participants into two groups: 20 people who'd used MDMA, and 20 "drug-naive" people who hadn't. The MDMA users had each tried the drug at least 11 times, according to PsyPost.

The results: The brains of the MDMA users showed "increased neuronal activation in the prefrontal cortex compared to non-users" — a sign that their brains had to work harder than non-MDMA users' to complete tests of the same difficultly level.

The effects appeared to worsen the more a person used MDMA, according to PsyPost. But there's still hope: The researchers also noticed the cognitive struggles were worse among people who'd most recently used MDMA — an indication that the drug's effects "may be reversible with prolonged abstinence."

MDMA is often mistakenly perceived as being "safer" than other drugs — but it's not true. Among the drug's negative health effects is its impact on the body's ability to regulate temperature. Users can experience sudden spikes in body temperature, which can lead to organ failure or death, according to the National Institute on Drug Abuse. It can also lead to depression, sleep problems and anxiety.

Another problem? The Molly you just bought might not even be MDMA, but rather, an even more dangerous substance in disguise. Over a recent four-year period, the Drug Enforcement Administration found that only 13% of the so-called "Molly" seized in New York State was, in fact, pure MDMA, according to CNN. People who buy Molly could actually be getting bath salts or rat poison instead.

In other words, poor cognitive processing could end up being the least of your worries.