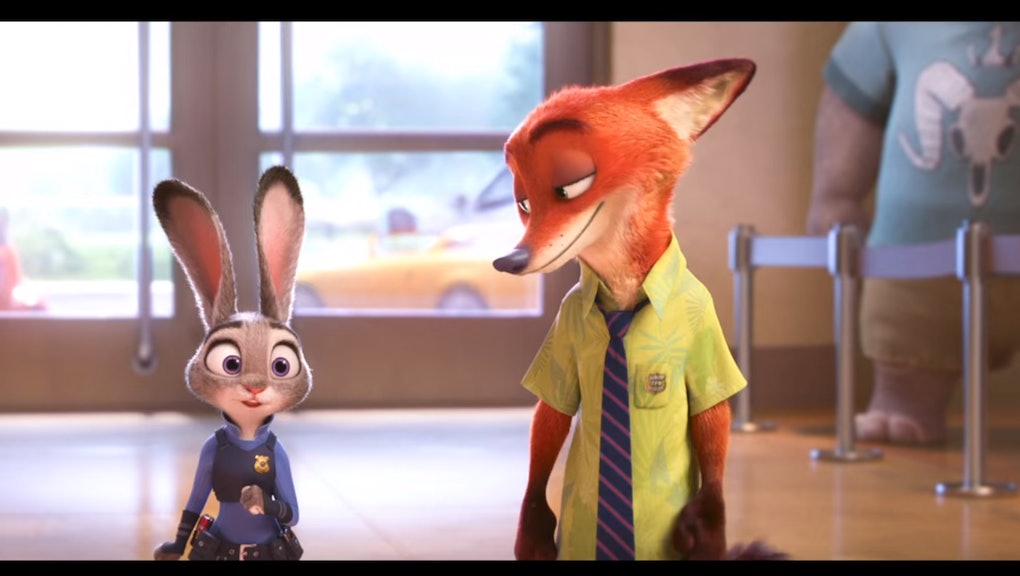 The animated studio giants Disney and Pixar have a successful habit of forming imaginative worlds. Pixars' Cars, of note, showcases an entire world where the vehicles are sentient beings, while the Toy Story series highlights the secret life of our childhood toys. Now, Disney has introduced a new world — one where animals of all shapes and sizes live in a shared metropolis: Zootopia.

The film has finally hit theaters, and has received widespread critical acclaim as one of Disney's best films in recent memory. With a resounding 99% critics score on Rotten Tomatoes, as of Friday, here are some highlights from the critical reviews of Zootopia (Don't worry, we won't spoil anything for you.).

Read more: Here Are the Biggest Movies Coming Out in Theaters March 2016 You Don't Want to Miss

Zootopia acts as a buddy cop film between a rookie bunny cop, Judy (Ginnifer Goodwin), and a con artist fox, Nick (Jason Bateman), who work together to uncover a series of attacks on residents by other animals. In the metropolis, predatory animals and ones associated with being prey live in harmony — hence the concern. Naturally, these themes can be transposed onto our society's norms.

"It helps if your world view isn't at odds with the film's PC, nurture-over-nature ethos," Katherine Pushkar wrote for the New York Daily News. "Zootopia is 10% predator, 90% prey. Yet all live in harmony in a city with a 'Mammal Inclusion Initiative' that sounds cheekily like affirmative action. The case Judy and Nick have to solve revolves around predators 'turning savage' and the ugly reactions that ensue."

As such, the use of animals offers Zootopia a chance to explore concepts of prejudice in the most obvious way possible. Rather than judging someone for the color of their skin, Zootopia residents judge their peers based on what kind of animal they are, which is why it's such a big deal that Judy is the first bunny to become a cop.

"Simply put, Zootopia is about what it means to be suspicious of somebody else, simply because of who they are," Todd VanDerWerff wrote for Vox. "And by situating that story among animals — who already have natural, antagonistic predator-prey relationships — it can explore that dynamic without feeling preachy."

The best comical use of this is when Judy and Nick go to Zootopia's Department of Motor Vehicles, where every employee is an extremely slow sloth — unfortunately, an entirely relatable scenario.

Broadly, though, with a positive underlying message and a blend of humor that's relatable at any age, Zootopia is being hailed as an amazingly well-crafted film — one that actually feels like a Pixar film for its thematic depth.

"Just when it was looking like animated animal movies had run out of anything original to say, along comes the smartly amusing, crisply relevant Zootopia to handily demonstrate there's still plenty of bite left in the anthropomorphic CG menagerie," Michael Rechtshaffen wrote for the Hollywood Reporter.

"This big-city crime caper puts a lot on its animated plate," Peter Travers wrote for Rolling Stone. "Zootopia takes chances and doesn't play it safe. Is it too soon to talk about next year's Oscars?"

Prior to heading to the theaters, check out the second official trailer for Zootopia below, which underlines some spoiler-free details of its plot.