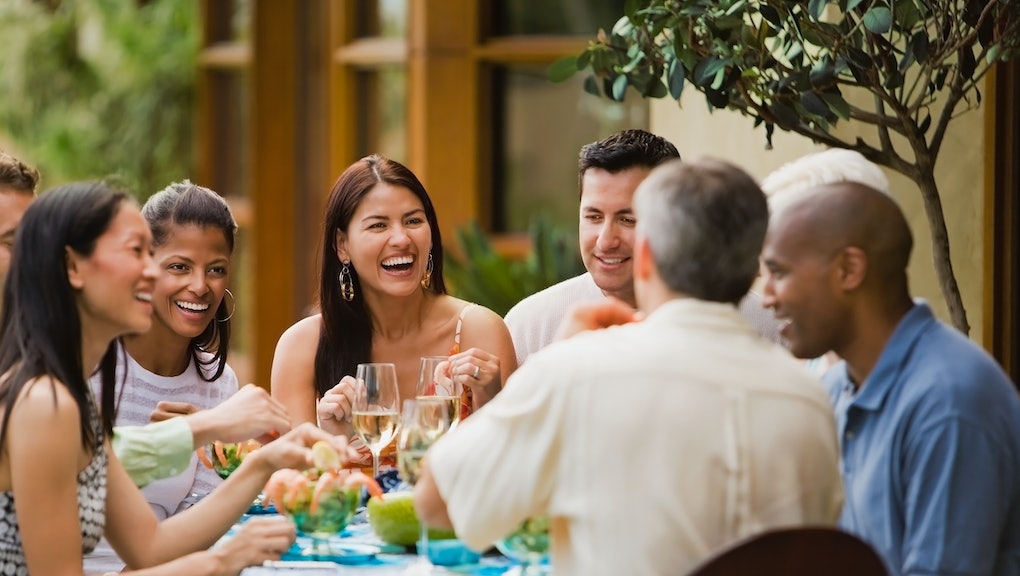 It's not chivalry — it's equality.

A new app called EquiTable wants to help you and your super diverse group of friends split the restaurant bill in a way that reflects the gender and racial wage discrepancies.

"EquiTable helps you avoid the entrenched discrimination that exists in our society," the app site explains. "It doesn't split the bill equally—it splits it equitably. You pay what you should to balance out the wage gap."

Naturally, this means that white men will pay a little more than everyone else. In the event of an all white male dinner party, the app also offers a "pay it forward" option to subsidize future meals for minority groups.

Read more: The "Business Bulge" Is Here to Fix All Your Gender Pay Gap Concerns

The app is imbued with a healthy dose of humor. The EquiTable team, lead by CEO — that is, Chief Equality Officer — Luna Malbroux, clinched first place at San Francisco's 2016 Comedy Hack Day.

He (ostensibly) saddled with the heftiest bill can protest the charges, selecting from a menu of excuses like "I'm conventionally unattractive," "I pulled myself up from my boots," "I'm aware of my privilege" and "I spent $400 on an improv class."

Watch Malbroux present the app (previously known as Equipay) below: