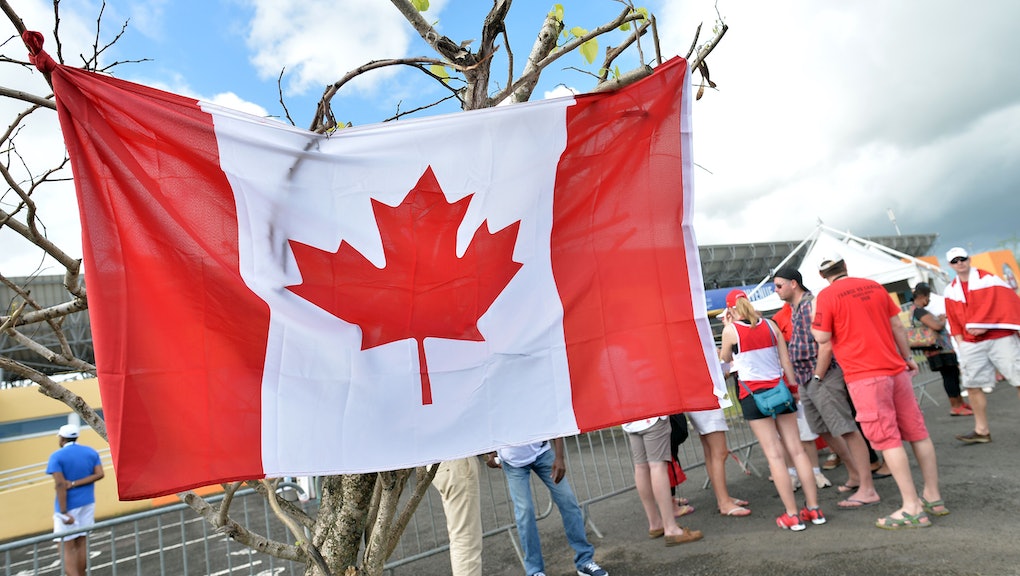 If Donald Trump Wins the Election, People Will Move to Canada — If They're Privileged AF

If anecdotes hold up, come November, you will be able to put your ear to the ground and hear the slow, dragging shuffle of an army of people passing through Transportation Security Administration lines with one-way tickets to Canada. They will leave behind them a trail of monied tears.

Recently, publications as varied as Vogue and the New York Daily News have published guides on how to relocate to Canada should Donald Trump ascend to the presidency. Celebrities like Al Sharpton, Raven-Symoné, Rosie O'Donnell, Cher and Samuel L. Jackson have said they would make the trip north, armed with an approved 3 ounces of liquid, to live their lives Trump-free.

And they can do that because they are immensely privileged.

Like buying a ticket to a concert or booking a flight, moving to Canada is filled with hidden fees.

• $150 for every additional family member

If you're an entrepreneur or self-employed, expect to pay a heftier $1,050 fee for your permanent resident visa application.

That means after the the cost of travel, a family of four will have to pay anywhere between $1,400 and $1,975 just in fees to the Canadian government.

What about a house or apartment?

According to Jaclyn Appugliesi, a salesperson at Royal Lepage Real Estate Services in Toronto, the cost is more than you'd think, depending on what you'd want.

A family of four looking to relocate inside Toronto, close to transit and all the business in the city, may be looking at about $3,000 a month in rent. That's before utilities, which could cost about $200 a month extra. If you're cool with about a 2-hour commute to the city, you could find a place in Toronto's suburbs for about $1,500 a month, but because landlords are not required to pay any utilities — including heat, water or air conditioning — the costs can really rack up. And good luck if you're looking for all this without a job set up in advance.

"Families that are moving here from the states that don't have a job set up, that's where it gets a little tricky," Appugliesi told Mic. "You either need great references here or you're paying a little more upfront." Also, before you pick up your key (which requires a fee) you're going to have to pay first and last month's upfront, which means you need anywhere from $3,000-$6,000 up front. Now, a family of four can expect to pay anywhere from $4,400 to $7,975 for relocation.

According to the U.S. Census Bureau, in 2014 black families earned an average of $35,398 and Latino families earned an average of $42,491, which means that moving to Canada is probably extremely out of reach. To be honest, it's probably in reach of white families, who earned a median income of $60,256 in 2014. On the low end of the spectrum, a black family could spend 12% of their yearly income on that move. Latinos would spend about 10% of their income, while for white families, the move would only be 7% of their income.

Regardless of race, 76% of Americans have absolutely no savings — meaning most people just can't afford to avert the reign of Donald.

So, what does all this mean and what does being able to leave have to do with privilege?

Privileged classes moving to Canada means people of color will be left behind to bear the brunt of his policies. As he promises to chip away at health care, erect a wall between Mexico and the United States and invigorate people's feelings of xenophobia, people of color have nothing to gain from the Donald.

So, instead of booking a plane ticket, maybe try forming a coalition to create some change.