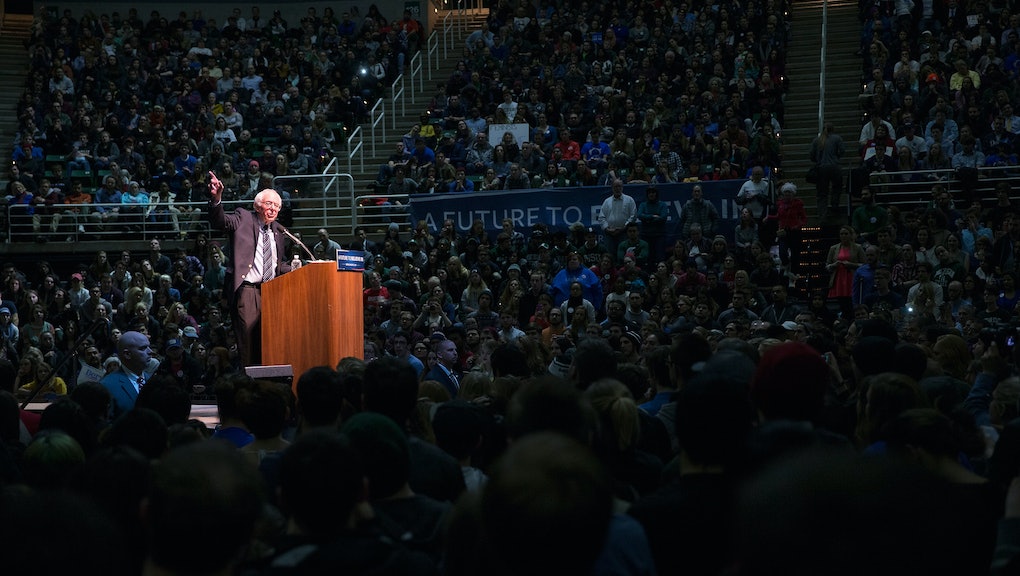 Vermont Sen. Bernie Sanders had a packed week, though it was somewhat darkened by the Democratic presidential candidate's Super Tuesday results. Yet despite losing ground to the party's frontrunner, former Secretary of State Hillary Clinton, Sanders was emboldened, positive and long-sighted about his campaign. And recent polls suggest the candidate has reason to remain hopeful.

On Tuesday, one of the 2016 election's most important voting days, Sanders won in Minnesota, Colorado, Oklahoma and his home turf, Vermont. But Sanders' rival and Democratic frontrunner Hillary Clinton was the night's bigger victor, and the former Secretary of State won in Texas, Arkansas, Tennessee, Alabama, Georgia, Virginia and, by a hair, Massachusetts.

Sanders is soldiering on.

"The political revolution has begun," he said in a statement commenting on Super Tuesday's results. "Ten months ago, when our campaign started, not many people thought we would get this far or do this well. Not many people outside of Vermont even knew who I was. That was then."

"Voters in Colorado, Oklahoma and Minnesota have joined the people of Vermont in showing America that a political revolution is spreading across our country, that people want to take on the billionaire class and make our government work for all Americans and not just the top 1%," Sanders added.