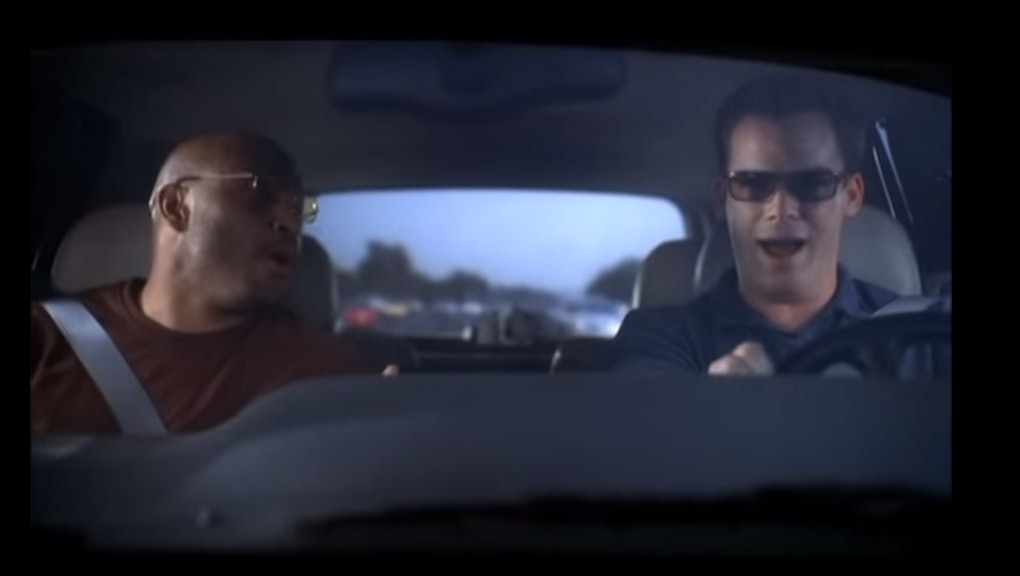 The inclusion of gay characters in mainstream television and film has been an ongoing process for the industry — one that has made the the current generation of TV shows some of the most progressive to date. As such, the golden age of TV is also a golden age for gay characters and television series — with gay-friendly network HBO leading the charge.

The network has featured prominent gay characters in several of its series — though, admittedly, with mixed results thus far. Here are seven shows from HBO's lineup, both present and past, that prominently feature gay characters in their storylines.

Read more: The Depiction of Gay Teens on 'American Crime' Is Unprecedented on TV

Six Feet Under: The premise is a bit somber — a family owns a funeral home — and morticians generally don't personify warm and fuzzy feelings. Yet Six Feet Under's dark humor and tone worked well on HBO, thanks in large part to the great work by Michael C. Hall as one of the lead characters, Dave.

Dave wants to run the funeral home that his father left him and his more reluctant brother, Nate (Peter Krause), but Dave also struggles with a closeted homosexuality. He does, however, enter a relationship with Keith  (Mathew St. Patrick) — a gay black police officer — and Dave finds a lot of acceptance and strength to undergo such a big change to his life.

"Between the two, David and Keith helped break down stereotypes about homosexuality and race, offering a realistic portrayal of two men in love," Stacey Lambe wrote for Entertainment Tonight. "While it wasn't always pretty, the couple broke down barriers and became one of the first gay families represented on TV."

Looking: Looking focused on three close friends, all gay, as they searched for love and life in San Francisco. Unfortunately, it only lasted two seasons before getting canceled. Oddly, the biggest criticism of Looking is that it has a lot of focus on the mundane ins and outs of life — something other shows aren't criticized for. Think of Seinfeld, for instance, which was beloved by many for being "a show about nothing."

"It's refreshing to see a series about gay men that isn't actively courting controversy and which deftly modulates the drama instead of keeping it at a fever pitch," Keith Uhlich wrote for the BBC. "The history of LGBT characters on television tends to be more flamboyant and fraught — if not always onscreen, then certainly off."

Game of Thrones: The world of Westeros is a wide-ranging one, with several cultures and religions depicted throughout the fantasy epic based on the George R.R. Martin novels. As such, it's not surprising that the HBO series and its large cast has introduced gay characters on-screen, mostly adapted from the books.

Of note, the show featured Renly Baratheon (Gethin Anthony), one of the Baratheon brothers who claims to be the rightful heir to the throne after Ned Stark (Sean Bean) reveals that Joffrey Baratheon (Jack Gleeson) was the product of incest. Another notable character is Loras Tyrell (Finn Jones), who serves as Renly's love interest before the would-be king is killed.

However, the show's been criticized for its use of Loras, who was depicted as a skillful knight but has since been thrown on the series' back burner. Loras' role in season five functioned solely through the show's introduction of a religious sect called the Sparrows. In the show, the Sparrows find homosexuality sinful and punishable. However, neither the Loras storyline nor the sect's disdain for homosexuality exists in the novels.

"The show has created a narrative where Loras is arrested for being gay — a plot that does not exist in the written series," Kim Renfro wrote for Business Insider. "This is equally disappointing and confusing on several levels. It seems anti-progressive to have a gay character who is overtly defined by the fact he is gay."

Girls: Gay characters are a fixture on Girls, specifically related to lead character Hannah (Lena Dunham). In the first season, her ex-boyfriend — and current roommate — Elijah (Andrew Rannells) comes out as gay, though he later describes himself as bisexual after sleeping with Hannah's friend Marnie (Allison Williams).

Later in the series, Hannah's father comes out, putting two key characters — both extremely closely linked to Hannah — at the forefront of important conversations. Moreover, how Hannah handles these moments is important for her maturity on the show, which is, at its core, a coming-of-age story.

"Expressing feelings honestly, rather than mouthing right-on platitudes, is a real sign of maturity," June Thomas wrote for Slate. "Her dad may be on the path to becoming a daddy, but along the way Hannah is turning into an adult."

True Detective: The second season of True Detective is broadly centered on four main characters — three of whom are cops: Ray (Colin Farrell), Ani (Rachel McAdams) and Paul (Taylor Kitsch) — in a fictional city outside of Los Angeles. As was true in the first season of the anthology series, each of the lead characters deals with their own set of personal turmoil and trauma.

For Ray, it's the rape of his ex-wife and the vengeance he sought after the fact. For Ani, it's an abusive sexual history. And for Paul Woodrugh, his personal struggle is his closeted sexuality, which he's harbored since his time in military service. He cares deeply about ex-lover and former solider Miguel (Gabriel Luna), so much so that it leads to his brutal execution at the hands of the season's shady villains.

Yet True Detective creator Nic Pizzolatto handled both Woodrugh's sexuality and his romance with Miguel as a whole very clumsily.

"It's in the skittishness with which Woodrugh's sexuality is presented, it's in the empty signifiers that were meant to telegraph Woodrugh's past," Teo Bugbee wrote for the Daily Beast. "If sex with Miguel is such a defining element of Woodrugh's behavior and personality, why weren't we shown that sex? The pictures that were used to blackmail Woodrugh flash up onscreen so briefly that it's hard to even remember the contents of the photos, just the fact that there was content to be ashamed of, but if you look closely the men are always almost kissing, always still clothed. This looks like a fashion shoot, not a sexual encounter."

The Wire: Apart from being one of the best television dramas of all time, The Wire included several memorable TV characters — perhaps none as memorable as gangster Omar Little (Michael Kenneth Williams). He stands in stark contrast to the other criminals on the show: He doesn't harm innocent people, and he avoids profanity.

Most of all, though, he breaks the stereotype that a tough, notorious gangster has to be heterosexual. Williams said previously that the character made noticeable progress in black communities with regard to sexuality.

"You know, I've had dudes who, in any other scenario would not want to be around openly gay men, but then they see me and then they see Omar and they got their arms wrapped tight around me, and it's, 'Yo, I love you! I love you!'" Williams said in an interview with Mother Jones. "I think what the character Omar did for the homophobia in my community was it let people know: You can agree to disagree."

True Blood: Though the vampire drama True Blood has featured gay characters throughout the series, what stands out as progressive isn't a specific person in the show. Rather, it's the underlying message creator Alan Ball communicates that matters. He uses vampires in relation to social progress to make it an oft-paralleled allegory to the gay rights movement.

"The tame, formulaic Will & Grace, which was promoted as a trailblazing show less than a decade before True Blood premiered, was of the 'We're just like you, please don't hit us!' school of tolerant-liberal entertainment," Phil Dyess-Nugent wrote for the A.V. Club. "True Blood is more in the spirit of, 'You're right, we're not like you. We're a million times sexier, and if you hit me, I'll tear your fucking head off!' To the limited degree that True Blood can be said to have a coherent philosophy, it's a show that prizes differences."