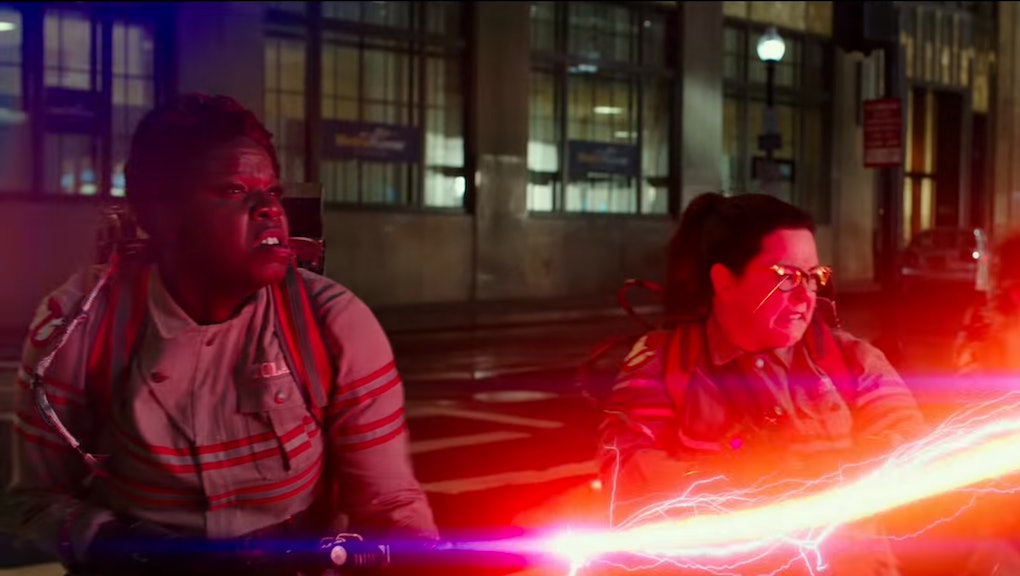 People criticized the film for replacing the original films' four scientists with only three plus Jones' character, an MTA employee. On top of that, the three scientists are played by white women, while Jones is black.

On Friday, Jones shared a long series of tweets with her followers that included a heartfelt note that she received from a real Metropolitan Transit Authority employee. Jones also responded to the note in her tweets.

In the heartfelt note, the MTA employee said she hopes Jones' role helps other see the "humanness" of booth clerks, people who are "most abused by society."

The booth clerk also revealed that she is a college graduate, as well as a producer, comedian, writer and actor.

Swipe This! My Life in Transit, which the letter writer mentioned, ran in fall 2014 as part of a festival put on by Emerging Artists. Comedian Joanna Briley, whose Facebook page indicates that she has upcoming comedy shows, wrote the letter.

Jones responded to Briley's note that anybody can be a Ghostbuster — not just scientists.

"Why can't a regular person be a ghostbuster?" she wrote. "I'm confused."

She added, "Regular people save the world every day ... We walk among heroes and take them for granted."

Jones also retweeted some fans who agreed with her on the matter.

Given the recent #OscarsSoWhite controversy, it's clear there is a dearth of good roles for people of color, especially women of color, in Hollywood. There is definite cause for celebration that Jones landed such a prime role. The fact that the role was changed from scientist to civil employee is puzzling, but also very fraught.

Black women are most definitely under-represented in science, technology, engineering and math jobs — a 2006 survey found that black women comprise about 1% of the field and another study found that 100% of women of color in STEM face discrimination. Having Jones play a scientist could have been a big step forward.

But, of the women who work for the MTA, 41% are black and 17% have either a college degree or more. As Briley said, aren't they also worthy of "humanness" and representation?

A recent New York Times article showed that, of the 10 black actresses nominated for best actress Oscars, nine of them played characters who were either homeless or about to lose their home. In that respect, Jones' gainfully employed lead character is definitely a step up.

But there's definitely a question as to whether the step is big enough.

Regardless, while some people want to dismiss it as "just a movie," and a comedy at that, let's never forget how even something like a live TV musical can teach us that representation matters.