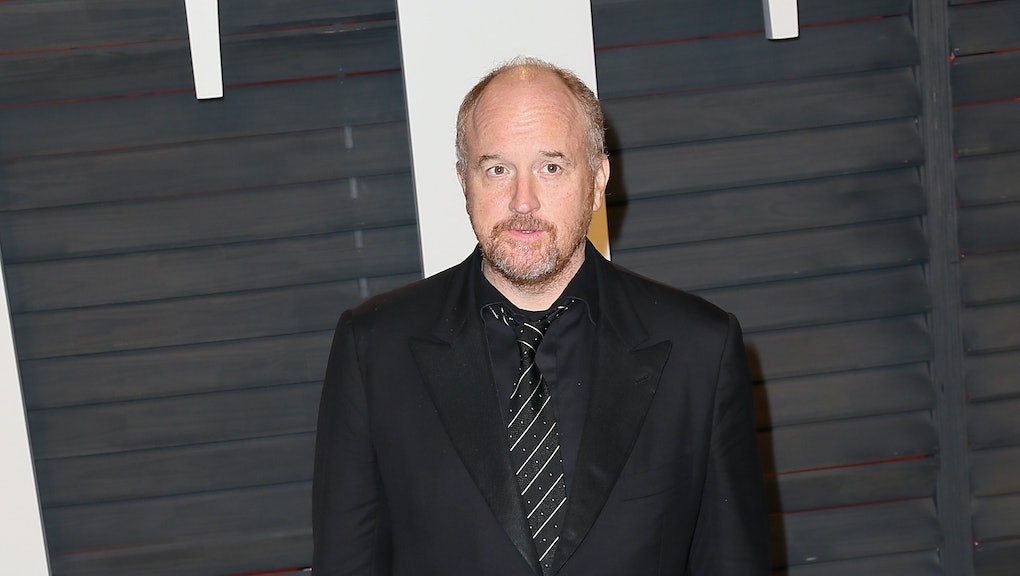 "Please stop it with voting for Trump," C.K. wrote in his letter, according to USA Today. "It was funny for a little while. But the guy is Hitler. And by that I mean that we are being Germany in the '30s. Do you think they saw the shit coming? Hitler was just some hilarious and refreshing dude with a weird comb-over who would say anything at all."

C.K. is the latest public figure to openly criticize Trump. Former presidential candidate Mitt Romney gave a scorching indictment of the candidate in a speech at the University of Utah on Thursday.

"I'm not advocating for Hillary [Clinton] or Bernie [Sanders]," the comedian added, encouraging voters to select another candidate. "I like them both but frankly, I wish the next president was a conservative only because we had Obama for 8 years and we need balance... Please pick someone else. Like John Kasich."

"Trump is not your best. He's the worst of all of us. He's a symptom to a problem that is very real. But don't vote for your own cancer. You're better than that."