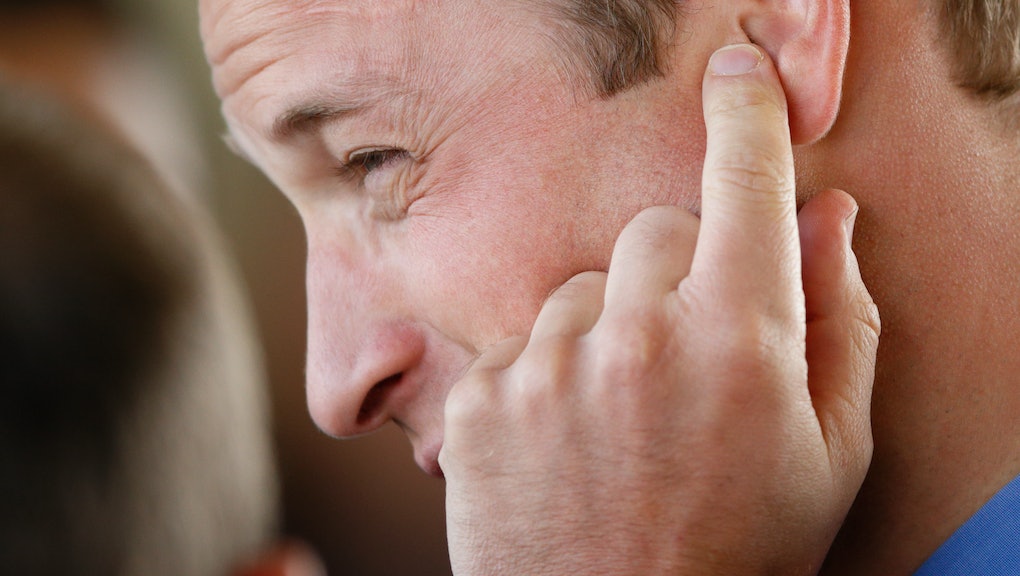 Why Does a Song Get Stuck in Your Head? Here's What Science Has to Say About Earworms

The fact that Taylor Swift's romantic dramedy of a song, "Wildest Dreams," has been stuck in your head for damn days has nothing to do with whether or not it's good. According to science, the reason why music gets stuck in our heads may have more to do with us — our brains, our personalities and the things we loathe — than it does with the imposing songs themselves.

A 2015 study found that earworms — scientifically speaking, involuntary musical imagery (INMI) — occur more frequently in people with tissue highly concentrated in the parts of the brain that are linked to memory and sound perception, as one would maybe guess if one were able to put the internal music on pause and really focus on the root of the problem.

"We did find a link between certain brain areas involved in music perception and music-evoked emotions and actually, emotions in general," lead author of the study, Nicolas Farrugia, told CBS.

Read more: Can Music Help You Learn? The Brain Can Do Some Incredible Things While Listening to Music

Farrugia and his team asked 44 people how severe their INMI episodes were, noting both the degree to which subjects engaged with music in their daily lives and the specs on their average earworm spells. Participants were then put through the MRI machine, allowing researchers to map the neurological features that might make us more or less able to dislodge tunes from our heads.

According to the study, people whose brains are especially thick in those regions that control "perception, emotions, memory and spontaneous thought" were particularly susceptible to INMI — more likely to get songs stuck in their heads.

"However, it is important to note that we cannot say that it is the cause of earworm," Farrugia told CBS. "It is just that the people with certain brain areas that were larger or smaller had more or less earworms, or more or less disturbing [or] helping earworms. There is nothing in that study that can directly suggest any possible treatment for disturbing earworms, I'm afraid."

This is disappointing news for the over 91% of people who've reported that earworms plague them on a weekly basis. But because INMI isn't entirely related to a person's neurological makeup, there are a few things we can do to bar annoying songs from worming their way into our heads.

"There are general patterns of characteristics for songs that frequently get stuck, such as being simple, repetitive, and having some mild incongruity," as James Kellaris, a marketing professor and, according to CBS, popularizer of the term "earworm" in U.S. parlance, told Science Friday.

The types of songs that take up residence in the human brain tend to be those that are highly singable and reasonably predictable, and they're more likely to affect the obsessive, as INMI researcher and professor at the Lucerne University of Applied Arts and Sciences Victoria Williamson told Science Friday. A person may also be more susceptible on the basis of their #currentmood.

"In addition to traits of songs and traits of people (such as being mildly neurotic or having high exposure levels to music), situation comes into play as a third factor," Williamson said. "It appears that earworms are more likely to bite when the victim is tired, stressed, or idle." Which might explain Williamson's assertion that the stickier songs are the ones that irk us the most.

It's disappointing, then, that one reportedly effective method for banishing the tune is to listen to it — really listen to it, with sharp mental focus and maybe even on repeat — before engaging the brain in a cognitively stimulating task. Give in to the earworm basically; loop "Wildest Dreams" for hours and sing along with gusto.  We're giving you permission.