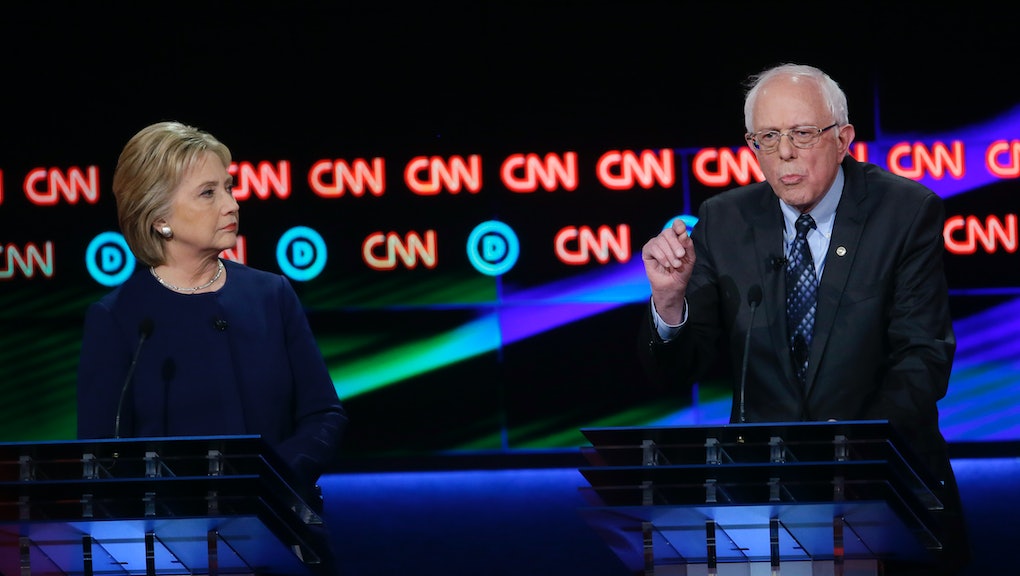 Trailing in the delegate count and facing mounting doubts about the viability of his bid for the Democratic presidential nomination, Bernie Sanders waged an all-out offensive on frontrunner Hillary Clinton at their debate Sunday in Flint, Michigan — an aggressive approach best encapsulated by one particularly tense exchange.

During a tussle over the 2008 bailouts of Wall Street banks and the U.S. auto industry, Clinton interrupted Sanders, who made no effort to hide his annoyance.

Watch the moment below: