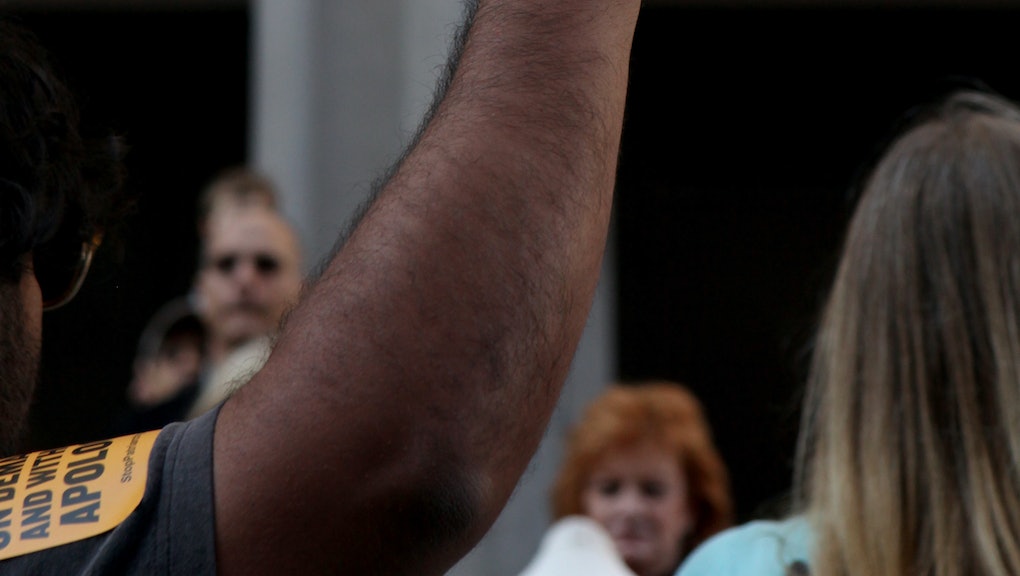 DIY Abortions Are on the Rise, According to These Chilling Google Searches

With the onslaught of state-level laws severely restricting access to reproductive health care, tens of thousands of women in the United States are looking for other options to terminate pregnancies, according to a new report from the New York Times — and they're willing to take matters into their own hands.

Google search results indicate more and more Americans are scouring the internet for ways to self-induce abortions, whether by using herbal abortifacients without training, purchasing abortion-inducing medication online or across the border, or resorting to one of the most horrifying historical methods of terminating a pregnancy: coat hanger abortions.

The Times found a significant increase in searches for phrases like "buy abortion pills online" in 2015, in addition to tens of thousands of searches relating to herbal abortion methods like vitamin C or parsley. There were also hundreds of searches for more dangerous ways of ending a pregnancy, such as how to bleach one's uterus, or whether punching a woman in the stomach will lead to miscarriage.

A quick Google Trends search Mic did for additional phrases like "free abortion pills" and "how to cause abortion Vitamin C" showed a clear spike in such searches in 2015:

The Times noted that while there are an estimated 3.4 million online searches each year for information about abortion clinics, there were more than 700,000 searches in 2015 for tips on self-induced abortions, using different variations of the phrase "how to self-abort."

Interest in terms related to self-induced abortion has increased markedly over the past decade, as states have passed hundreds and hundreds of laws limiting access to reproductive health care. Compared to the approximately 1 million abortions that occur in the U.S. each year, the number of searches regarding how to self-induce an abortion is telling.

Not coincidentally, an analysis by the Guttmacher Institute showed that the states where people were most likely to search for information about self-inducing abortion also happened to be the places with the most hostility toward reproductive rights. For instance, Mississippi, which has just one abortion clinic to serve the entire state, had the highest rate of searches for how to self-induce abortion in 2015.

Although the report points out that Google searches can't tell exactly how many people are actually inducing abortions, there are signs that some are happening. A recent study from the Texas Policy Evaluation Project found that as many as 240,000 women in the state have attempted to self-induce abortion.

And if the Google searches are any indication, the way they're doing so is scary, not to mention reminiscent of an era when abortion was not a legal medical procedure. Despite 43 years of Roe v. Wade declaring a constitutionally protected right to terminate a pregnancy, legislation that curbs Americans' ability to do so appears to be making abortion an impossibility — and to be putting people's lives at risk.

"Before we had modern medicine, people did things like this," Dr. Leah Torres, an OB-GYN who works with the advocacy group Physicians for Reproductive Health, previously told Mic of the rise in searches for information on self-induced abortion.

"Why are we going back to times pre-modern medicine? We should not be going to these solutions. This is not what modern medicine has available."