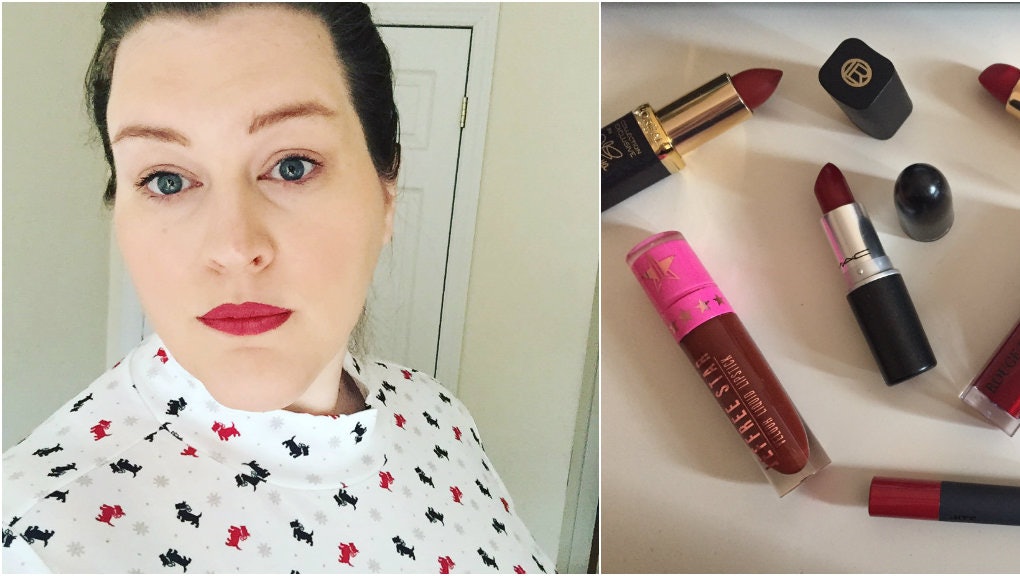 Inside the Bizarre, Sometimes Maddening World of Tumblr Beauty Astrology

Whether or not you believe in the power of the zodiac, you've probably found yourself absentmindedly turning to the horoscope section of your favorite magazine, even just for a peek.

Read more: Your Makeup Might Be Expired — And There's an Easy Way to Figure It Out

If you're someone who puts stock in astrology, you may discover your future. If you're like me, and think it's all a load of rubbish, you probably won't be convinced otherwise by the vague portents of your upcoming month. However, during a recent late night Tumblr scroll session, I discovered something so peculiar that my idea about star signs changed altogether.

Behold: Tumblr beauty astrology, a unique convergence of makeup junkies and horoscope fanatics into something so uniquely, well, Tumblr. On Tumblr, astrology is all about aesthetic, with each sign determining not only what makeup looks suit you, but which color scheme you should use in your home and even which music you should listen to.

It's unclear how beauty astrology rose to such prominence on Tumblr, or even if there are "big players" within the world, but one thing's for certain: Regardless of where it originated, it's a trend that's been climbing quite a bit over the past year.

I was immediately intrigued... and confused. While the initial Tumblr posts I saw focused on how each sign could best live their lives according to the zodiac, things got a little more confusing the further I scrolled.

After parsing through general posts about beauty, fashion and lifestyle tips, things began to devolve with users suggesting everything from lipstick colors to couch colors based on a combination of sign and, in one case, a particular Hogwarts House from Harry Potter as well as a Myers-Briggs personality type.

If that weren't confusing enough, there were also aesthetic suggestions brought on by pairing an astrological sign with a particular song. Did these tips only apply if I liked the song? Or, was it if I wanted to invoke the lyrics in my look? My head was spinning by the end of my scrolling sesh — and that didn't even include the personalized beauty quotes applied to each sign (though by what criteria these things are decided, who knows).

So I tried to follow my star sign to perfect makeup. In the land of Tumblr beauty astrology, Capricorns veer towards greenery and the beauty of nature, while Aquarians are pulled to the calming blue of the sea and the late afternoon sky. It all seems a little haphazard and random, with only the slightest relation to typical star sign characteristics, but it looks good and provides guidance. Most of all, suggestions are lighthearted and loose, not trying to assert themselves as beauty gospel.

There was only one way to demystify the phenomenon, and that was to look for general beauty advice that I could apply to my own life based on my sign, Aries.

Since Tumblr can be a bit of a content minefield, I tried to tailor my searches to specific phrases like "Aries aesthetic" and "Aries beauty." It took a lot of scrolling to find what I was looking for, but eventually I got there.

Because Aries is a fire sign, the general color scheme, according to Tumblr, tends to be red. From deep, dark burgundies to vivid bright cherries, anything rouge goes. A regal purple or a classic black wouldn't go amiss either, but generally, the idea is that the more intense the color, the more true to your Aries self you're being.

The biggest Tumblr suggestion when it comes to the Aries beauty aesthetic is mastering the red lipstick. So I dug out every shade of crimson I could find in my makeup box and got to work.

I also decided to try out some red eye shadow, which not only suits the Aries aesthetic, but also looks pretty cool... if you know how to apply it correctly, that is. I don't wear eye shadow in my day-to-day life if it doesn't come in stick form, but I'm a sucker for palettes so I decided on the Lime Crime Venus palette, which features two gorgeous red shades. My application was a bit haphazard, nothing like the model featured on the page, but it went well with the red lipstick.

As Tumblr points out, a little red goes a long way when it comes to the Aries lifestyle. This is a pretty obvious connection given that Aries is a fire sign — it's not just about red lipstick, but red hair, red clothes, and red accessories. There is also a concentration on the grunge aesthetic, which suits the idea that Aries are meant to be aggressive and intense.

Certainly, the focus on red as the center of my look brought me out of my shell. Was such a bold look something I'd try on a regular basis? Not particularly, but it was a lot of fun and good to have as an option if I'm ever feeling like putting myself in the spotlight in the future.

But does it work? Depends what you mean by "work." Perhaps it's personal preference, but the aesthetic advice gleaned on Tumblr was, in some instances, far clearer than the uber-polished recommendations found in magazines and beauty blogs.

There seems to be something in the idea that your star sign could hold the key to your perfect beauty look — even big brands and websites are getting in on it, realizing that people's attachments to their star signs and eagerness to use them as inspiration can translate to sales. Whether it's just another clever marketing tool or something more, who knows. But if the spring added to my step is any indicator, maybe Tumblr's makeup astrology is not as hokey as it initially seemed. On Tumblr, astrology isn't about predicting your future — it may just be about getting some fresh inspiration to try something new.