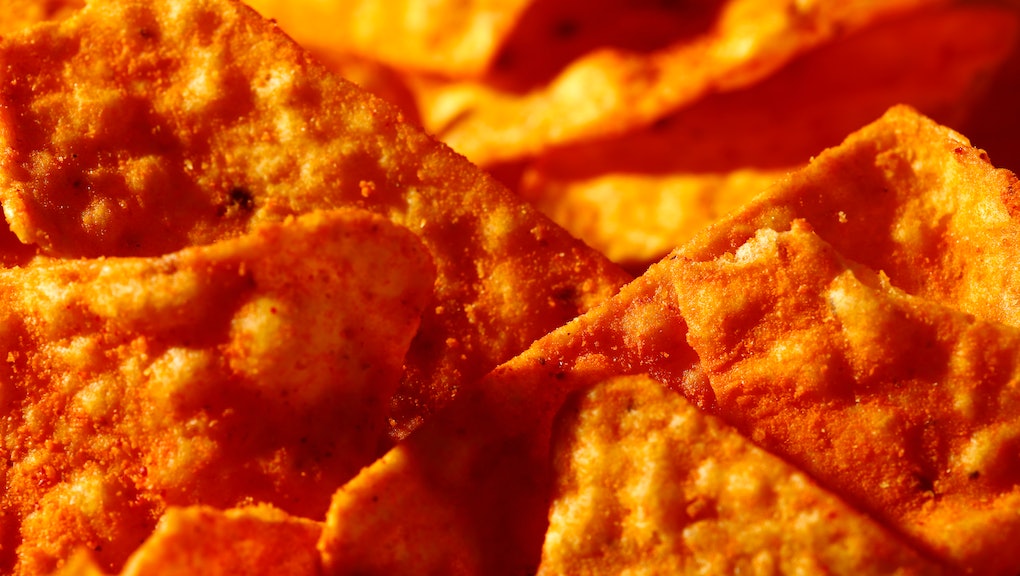 Your Terrible Sleep Habits Are Making You Hungry, Science Says

New research suggests your bad sleep habits are giving you the munchies.

A study published in the journal Sleep alleges crappy sleep — like, 4.5 hours of it a night — could be a risk factor for obesity, because sleep restriction triggers higher food intake than you actually need to survive.

Not getting enough sleep makes you eat for fun, not for fuel. That happens because your physiological tiredness tells your endocannabinoid system, the same one triggered by marijuana, to increase its levels in your blood. When that happens, you get hungry. It's the same reaction that turns a bong rip into a trip to the pantry to make Dorito-crusted mac 'n' cheese.

In what sounds like the most joyful and internally destructive study ever, some participants slept the recommended eight hours and some slept closer to four. Then they were given two regular meals and a bunch of "palatable snacks" — Doritos, Cheetos, ice cream, etc. and healthier things like fruit and yogurt, according to the New York Times.

The results: The sleepy group ate nearly twice as much fat and protein as the folks who got plenty of rest.

What's especially interesting is that the study found increased cannabinoid levels and thus increased hunger in the early afternoon. Which is why, the researchers suggest, if you had a bad night's sleep, you're probably spending the last few hours of your workday raiding the front-desk candy dish.

The results seem a little suspect, since there were only 14 people involved in the study, hardly large enough to prove anything conclusively. But it's at least enough to move research like this forward, potentially spurring new ways to confront sleeplessness, overeating and obesity, all issues plaguing modern Americans. Or if the study doesn't do that, it's at least given us unique ways to combine Cool Ranch Doritos and Cherry Garcia ice cream.