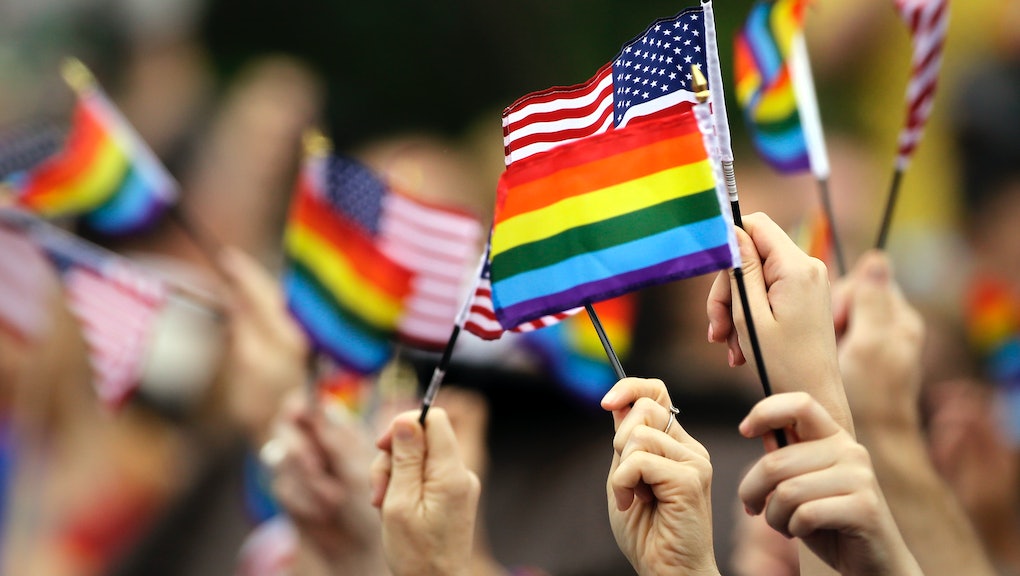 Despite the major Supreme Court victory in June for same-sex marriage, many LGBT individuals are still unable to take the next step in their families or in their own lives: Adoption rights remain precarious or even non-existent for LGBT individuals in many states. But the Supreme Court took a significant stand against this status quo and sided with one lesbian mother's right to custody of her adopted child on Monday.

The petitioner, identified as "V.L.," had adopted the three children to whom her partner "E.L." gave birth after conceiving them through assisted reproductive technology, according to the Huffington Post. Though V.L. formally adopted the children in Georgia, the couple — both residents of Alabama — ended their relationship in 2011. V.L. was subsequently denied custody and visitation rights for the children, whom she raised from birth, by the Alabama Supreme Court last year, according to the same report.

The Supreme Court ruled that the lower court's decision to refuse to recognize V.L. as a parent and declaring her adoption invalid went too far, stating that "the Alabama Supreme Court erred in refusing to grant that judgment full faith and credit," according to CBS News.

This victory is especially meaningful considering Alabama's particularly strong history of resistance to LGBT rights. The state has the lowest level of support for same-sex marriage in the country and, as of January, 11 Alabama counties still refused to comply with the Supreme Court's same-sex marriage ruling. While LGBT individuals are legally able to adopt in Alabama, only one person in an LGBT couple can do so, making their partner little more than a stranger to the child in terms of legal rights, according to a 2015 AL.com report.

But Alabama is hardly the only state in which LGBT adoption rights are precarious. Mississippi is the only state that legally bars same-sex couples from adopting foster children, according to the Pew Charitable Trusts, and other states make the process exceedingly difficult. For example, only one member of same-sex couples in Texas can formally adopt the child, while the other must undergo a separate process of "second parent adoption," according to the same report.

Hopefully V.L.'s victory will do much to show that LGBT couples deserve the same parental rights, and that love is love in any and all capacities.