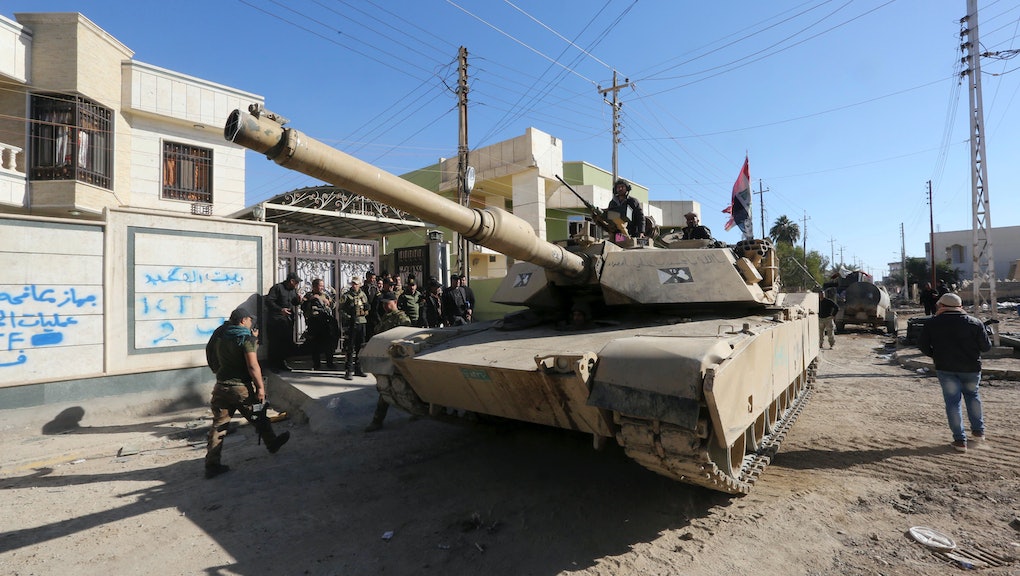 Over a decade after the disastrous U.S. military invasion and occupation of Iraq, a 2013 Gallup poll found much of the world still thinks American adventurism poses the biggest threat to world peace.

While much has changed since the poll was taken — from the horrors of the civil war in Syria to the Russian annexation of Ukraine's Crimean Peninsula — it's doubtful that the world has changed its opinion on the U.S. military, especially as hawkish candidates dominate the 2016 primary season.

24% of 66,000 international respondents believed the U.S. "is the greatest threat to peace in the world today," far outpacing all other countries, Gallup wrote, according to the International Business Times.

Hillary Clinton, who holds a massive lead in delegates, has long promised a more aggressive U.S. foreign policy than her lone remaining competitor Bernie Sanders. In a recent debate, she defended President Richard Nixon's national security adviser and secretary of state, Henry Kissinger, as a potential adviser despite his brutal record during the Vietnam War. Clinton has also struck a hard line on Iran, supporting President Barack Obama's historic nuclear deal but reassuring voters "this isn't the start of some broader diplomatic opening."

Even Sanders, typically cast as the dovish candidate, has taken some aggressive positions — as the Week's Bonnie Kristian noted, the senator from Vermont wants to continue Obama's drone program and supports the U.S. taking a lead role in military coalitions against terrorism.

Of the Republican candidates with the biggest leads in the primary, Donald Trump has advocated the U.S. abandon laws prohibiting torture of terrorism suspects and murdering their families, while Ted Cruz rarely misses an opportunity to say he supports "carpet bombing." Third- and fourth-place contenders Marco Rubio and John Kasich, supposedly the moderates in the race, both believe the U.S. should commit ground troops to Libya.

There's a big difference between campaign rhetoric and the reality of overseeing the largest military in the world. But it's important to keep in mind much of the world really thinks the U.S. needs to tone its foreign policy down at the same time that leading candidates are advocating for even more interventionism abroad.