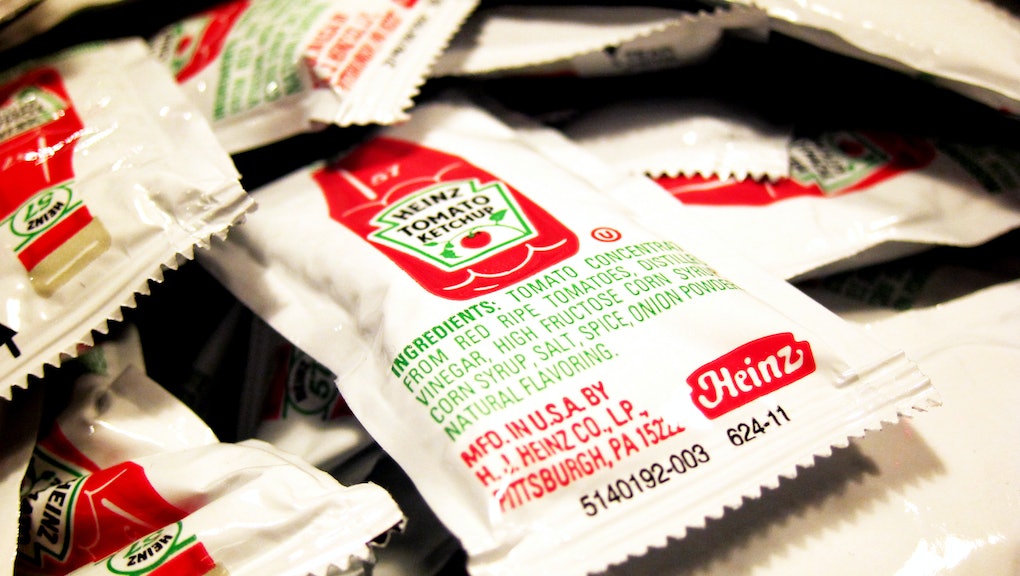 We Got People to Tell Us Their Dirty Money Saving Secrets, aka What They Steal

Millennials are buried in debt. As Mic reported, student loan debt has reached $1.16 trillion. It's why Bernie Sanders and his College for All Act is so appealing. And it's why so many young people are getting resourceful when it comes to saving.

Read more: Here Are Some Cheap Men's Products Women Should Be Using to Save Money

To learn more, Mic asked our readers IRL and on Tumblr about their guilty money-saving secrets ("scream into the void," advised one Tumblr user). From stealing toilet paper from work to grabbing soy sauce packets, here's what they said.

Perhaps stealing is too strong of a word. How about... mooching off of corporations? "I hoard all the little plum sauce and soy sauce packets from Chinese food takeout so I don't have to buy jars of the stuff. #brokestudent," a Tumblr commenter told Mic.

"I take garbage bags from work."

You'll need some napkins, too, for that messy stir fry. "[I take] handfuls of napkins from restaurants, and packs of paper towels and garbage bags from work," a Tumblr commenter told Mic. Based on the people Mic spoke to for this article, stealing household items from an employer is common practice for young, broke kids. "As for TP and garbage bags, my roommate who works at Forever 21 hooks it up," Casey told Mic.

"I wear my boyfriend's jeans."

There's a benefit to the current gender fluid fashion moment beyond breaking down traditional gender roles: Couples can save money. "My boyfriend and I are close in size, and we wear each other's pants," Heather, 28, told Mic. "He gets to rock a pair of skinny jeans and I chill in his comfier pants, win for both of us." Of course, the sharing of clothes tactic is one that many same-sex couples have long utilized. "It's such a luxury that comes with dating another woman!" Lila, a 23-year-old bisexual woman, told Mic.

You don't need to be Macklemore to understand the benefit of the thrift shop. "Thrift stores!" Casey, 24, told Mic. A freelance lifestyle writer, she knows a thing or two about saving while still looking good. And if something is too big? No problem — that's what her sewing machine is for. "You get some expensive looking clothes at the thrift store, then you take out the seams one by one and fit the piece to your body," she said. You can buy a top-rated sewing machine on Amazon for under $80.

"I wear dresses," Anna, 25, a Ph.D. student told Mic. "I go to the store where the dresses are $10. That's the secret. You invest in one [item] and wear a dress and everyone is like 'shit look she's fancy,' but in reality you've put in less effort and less cash than most folks."

"I pick up change from the floor."

"I pick up change from the floor," one Tumblr user told Mic. "I made thirty bucks one year, that's four beers with tip during happy hour!" #Priorities

"[I] let my parents pay for me," a Tumblr commenter told Mic. They are certainly not alone. As the Atlantic reported in Nov. 2015, "At least 40% of the 1,000 millennials (ages 18 to 34) polled in a March USA Today/Bank of America poll get help from parents on everyday expenses."

Getting help from family, for those lucky enough who can, doesn't have to mean asking them to pay your rent — even allowing parents to buy your dinner from time to time can add up. "My fiancé and I go out to eat with her parents at least two or three times a month. We get out of cooking dinner and save on groceries (and at the same time, we also spend time with them). They've caught on but luckily they have made jokes about it now!" one Tumblr commenter told Mic.

We can't condone all of the above, especially the stealing. Yet until our nation finds a solution to help our generation come out from under piles of debt, it can be easy to rationalize stealing corporate toilet paper. If we can also embrace gender fluidity and wear our partner's pants rather than buy a new pair, or lose the guilt and allow mom and dad to buy us a few dinners, cheers to that.

So-called millennials may not have found a way to become debt-free, but we're resourceful as hell, experts at helping each other out, top notch soy sauce smugglers and, dare we add, the most stylish thrift store generation?