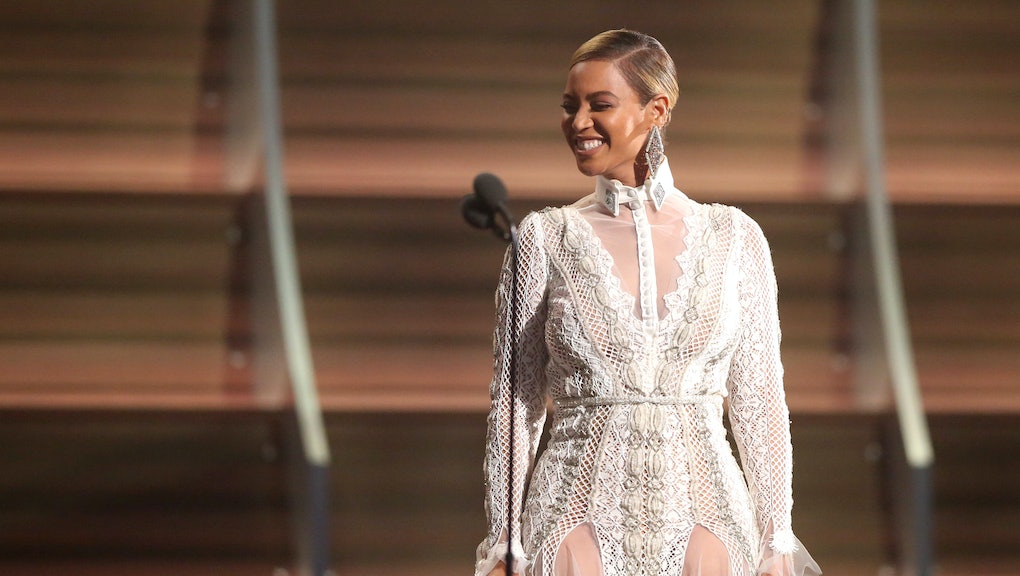 Beyoncé is a notoriously elusive music mogul: She's built a massive empire with husband and fellow entertainer Jay Z while maintaining at least some semblance of privacy in her home life with their daughter Blue Ivy, their superstar family — including Solange and Tina Knowles — and only conducts personal interviews on very seldom occasions. Moreover, we live in an age where our pop stars are more than household names, they're mainstays in the public conversation, their every experience documented on a number of platforms for consumption by their followers.

It's no wonder Beyoncé's legion of online fans built the BeyHive to stay on top of the singer's whereabouts, as well as her projects and any forthcoming surprise albums or video releases. From album sales, to upcoming magazine covers and even possible track lists, the BeyHive reports their findings on all Beyoncé-related activity via Tumblr, offering an inside look at their queen's life from a fly-on-the-wall perspective.

On Tumblr, Beyoncé's BeyHive reveals facts about the singer's career that even some of her closest fans may not be aware of. Some of the reporting is pulled from other social media platforms, as well as other publications and multiple sources. However, the curation of Beyoncé information on Tumblr still feels unprecedented given the breadth of information you can find about her online or anywhere else.

Check out some little-known facts about Beyoncé provided by the BeyHive on Tumblr below:

Beyoncé might be signing a deal with Sony Music this year:

Beyoncé's forthcoming album might include a reedit of "Formation":

Looks like Beyoncé's daughter is a little Queen Bey in the making, according to this behind-the-scenes photo of Blue Ivy at a dance rehearsal uploaded by a Beyoncé mega fan:

Who knows if this track list is real or not, but it features Adele, Kanye West, Frank Ocean and Jay Z — so you better believe we're hoping it is: