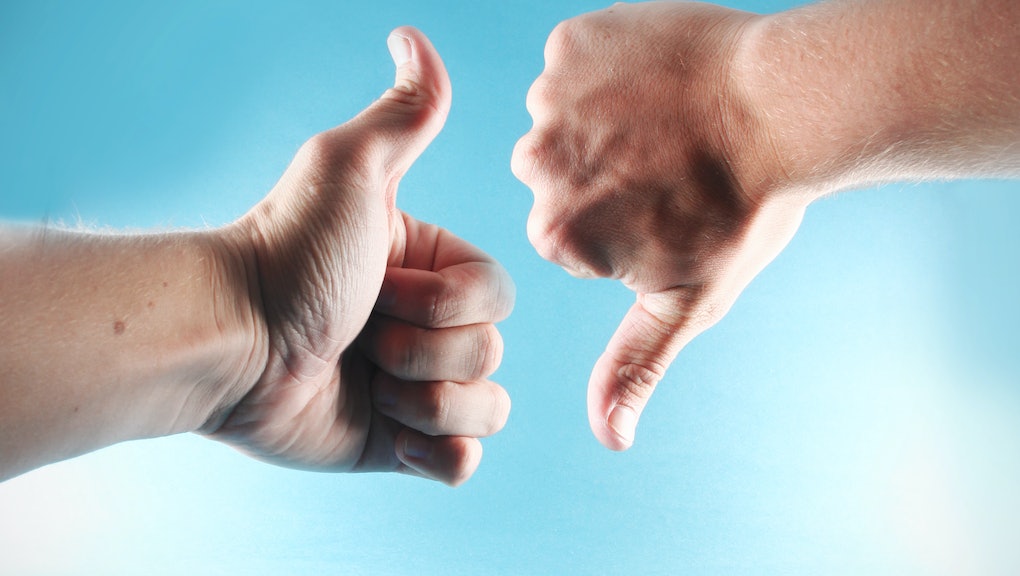 The app that lets you review people as you would review toilet paper on Amazon has arrived in the Apple App Store. Peeple, which enables people to rate their friends and family Yelp-style on a professional and personal basis, launched today.

Though the app initially drew public ire, it seems to have toned down the potential for bullying. We took a look at Peeple, so you don't have to.

Once the app is downloaded and a user is registered, Peeple serves up a seven-page user agreement, which asks users not to create accounts under false names and to consult a lawyer before posting any "content" that may be "offensive, defamatory, abusive, libelous, inaccurate, unlawful, threatening, obscene vulgar or misleading" or anything else that might break the law in any way, shape or form. The company also notes that if Peeple or its employees are found to be liable for any harm to its users, they won't pay out more than $100 in damages.

After you agree to the terms, the app asks you to tell it three things about yourself:

Then the app ferries you to a list of your contacts who are also on the platform. In my case that was no one, though the app actually failed to connect me to my only Facebook friend on the platform. I was ultimately able to find said friend, through a basic search.

Finally you're taken to a profile screen where you can review your stats as well as pending recommendations.

Not just anyone can write anything about a person on Peeple. All ratings must be approved by the person about whom the review is written, which means there's lots of opportunity for the person being rated to kill unfavorable critiques. Peeple profiles, in turn, could become nests for our glossiest selves — much like every other social media platform. There's also provisions for blocking and reporting other users.

When Peeple first reared its head in the fall of 2015, few were pleased by the concept. The app was supposed to launch in November 2015, but, likely in response to a wave of negative press, the company delayed its debut. What was initially interesting (and, to some, terrifying) about Peeple, is that it would provide background information about a person's personality and past behaviors. But that data would only be beneficial if it were objective in nature, which Peeple's review system is not. To prevent people from writing emotionally charged, possibly libelous reviews, the company made sure that all public reviews are signed off on by the person being reviewed, a practice that inherently limits informative, critical reviews. While providing safeguards against bullying is important for any app that's corralling opinions on a particular individual, this implementation renders Peeple relatively useless.

Now the app's only hope is to serve as an addendum to LinkedIn; a collection of compliments to add to your social media stats.