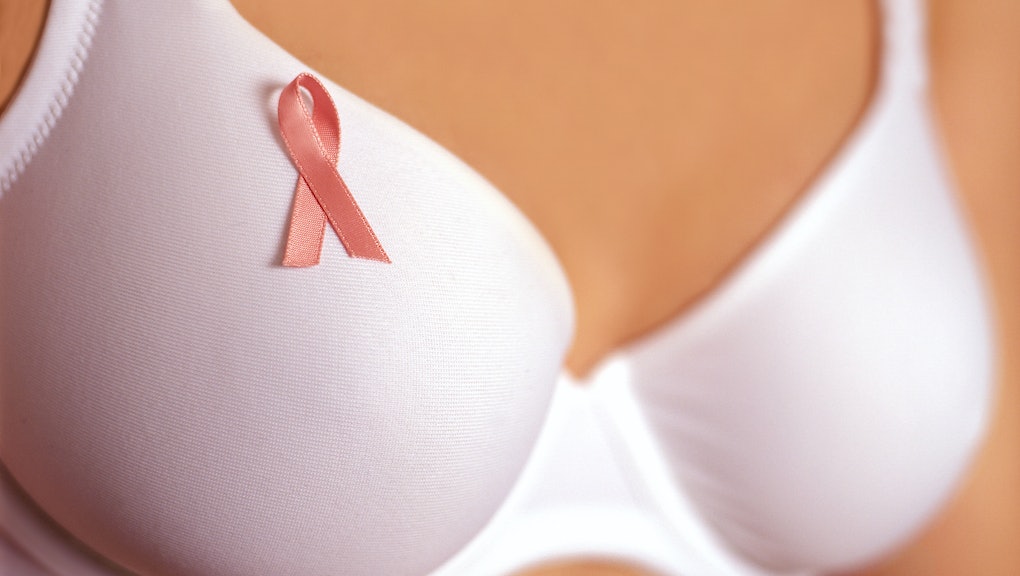 This Woman Wants to Tell the World About the 3 "Very, Very Subtle Dimples" on Her Breasts

Kylie Armstrong knew something was amiss when she noticed several small dimples on the underside of her breast.

A visit to her doctor confirmed the worst: The small indents were the beginnings of breast cancer. But rather than take the news in silence, Armstrong posted a photo of the dimpled breast to Facebook, in a post equal parts empowerment and public service announcement.

Read more: These Are the Artists Empowering Breast Cancer Survivors With Beautiful Tattoos

"I am sharing this because I hope I can make people aware that breast cancer is not always a detectable lump," she wrote. "Please go straight to your [doctor] if you notice ANY change in your breast. It could save your life."

According to Armstrong, some Facebook users who ended up seeing the post reported it for violating the company's terms of service. The social network ultimately chose not to remove the photo.

Armstrong underwent surgery for the cancer on March 4 and is reportedly doing fine.