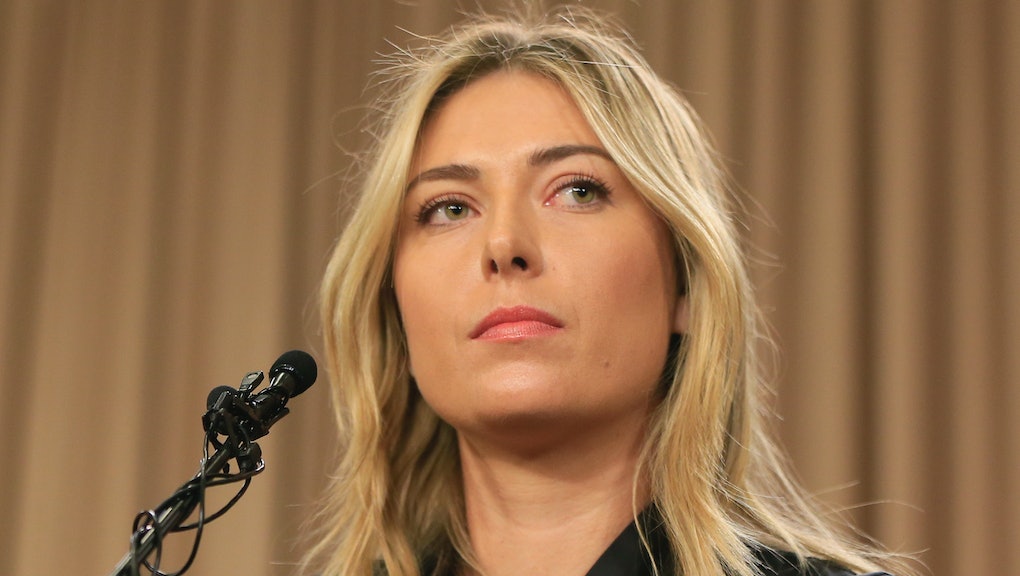 What Is Meldonium? Maria Sharapova Tested Positive for Performance-Enhancing Drug

Professional tennis player and highest-paid female athlete Maria Sharapova announced in a press conference Monday that she had failed a drug test at the Australian Open, having tested positive for meldonium. The drug — developed in Latvia and intended to treat ischemia, or lack of blood flow — has also been used by some athletes to enhance performance.

Meldonium, also known as Mildronate, was added to the World Anti-Doping Agency monitoring program in 2015 through "evidence of its use by athletes with the intention of enhancing performance." Studies have shown the drug's ability to enhance athletic performance by improving energy metabolism and, in consequence, medical experts have suggested it be added to the list of banned doping agents. The agency dubbed meldonium a prohibited substance effective in January, the Guardian reported.

"Of interest to athletes is the finding that it consistently and significantly improves exercise tolerance," Roidvisor's Darius Postovski wrote in a piece about performance-enhancing drugs that are somehow still legal. "Some pharmaceutical companies have recently marketed it explicitly as a performance-enhancing drug. It's also used as a 'smart drug' by nonathletes. Athletes have been using it for over five years."